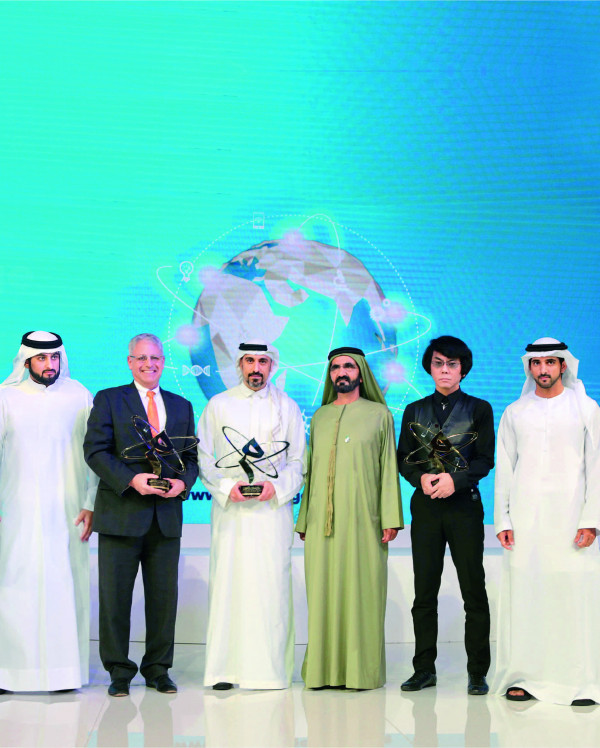 In late 2015, His Highness Sheikh Mohammed bin Rashid Al Maktoum, Vice President and Prime Minister of the UAE and Ruler of Dubai, issued a Decree establishing the Mohammed bin Rashid Al Maktoum Knowledge Award to encourage those working in knowledge-related fields to innovate and create new ways to spread knowledge around the world. It reflects Dubai’s – and its Ruler’s – resolve to honour knowledge-related advancements anywhere in the world, all the while encouraging innovation and originality.

In 2016 HH Sheikh Mohammed issued a Decision forming the Award’s Board of Trustees under the chairmanship of His Highness Sheikh Ahmed bin Mohammed bin Rashid Al Maktoum. Members of the Board include Jamal bin Huwaireb, Vice Chairman of the Board and Secretary -General, and representatives of United Arab Emirates University, Cairo University, Nanyang Technological University, Oxford University and National Geographic.

The Award succeeded in attracting international attention to the Knowledge Summit, an unprecedented type of event in the region. The award is presented every year during the Knowledge Summit to honour a person or institution that has made outstanding contributions to the production and dissemination of knowledge.

With a monetary prize of a generous $1 million, the award is given to honour contributions of significant influence toward developing knowledge, inspiring others, and creating ways to promote knowledge.