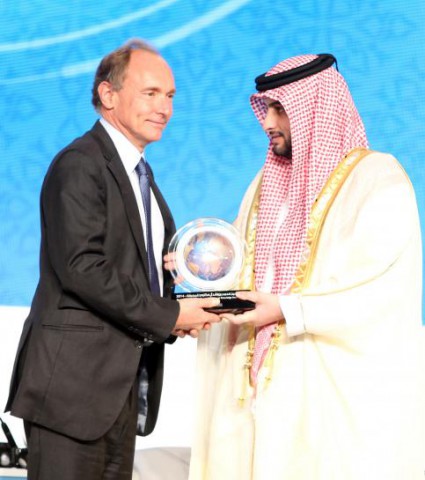 Sir Tim Berners-Lee invented the World Wide Web in 1989 while working as a software engineer at CERN, the large particle physics laboratory near Geneva, Switzerland. With many scientists participating in experiments at CERN and returning to their laboratories around the world, these scientists were eager to exchange data and results but had difficulties doing so. Tim understood this need, and understood the unrealized potential of millions of computers connected together through the Internet.

A graduate of Oxford University, Tim teaches at Massachusetts Institute of Technology as a 3Com Founders Professor of Engineering and in a joint appointment in the Department of Electrical Engineering and Computer Science at CSAIL. He is a professor in the Electronics and Computer

Science Department at the University of Southampton, UK, Director of the World Wide Web Consortium (W3C), and author of “Weaving the Web” and many other publications.