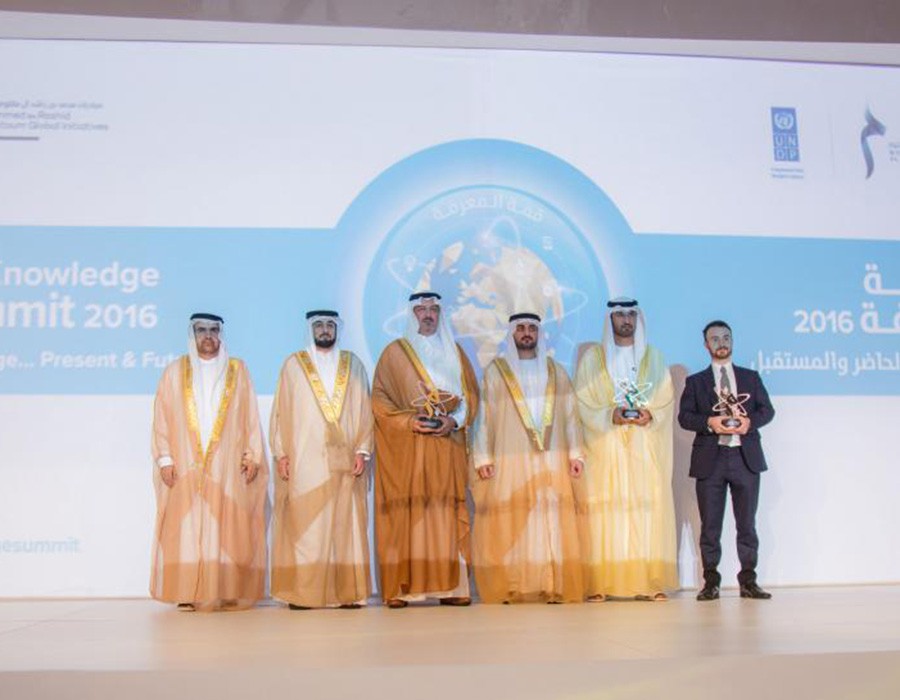 Bearing the theme “Knowledge… Present and Future”, the three-day Summit is held under the patronage of H.H. Sheikh Mohammed bin Rashid Al Maktoum, Vice President and Prime Minister of the UAE and Ruler of Dubai, as well as under the directives and in the presence of H.H. Sheikh Ahmed bin Mohammed bin Rashid Al Maktoum, Chairman of MBRF. The Summit brings together prominent ministers, executives, and intellectuals to discuss ways to boost the production and dissemination of knowledge.

H.E. Jamal bin Huwaireb, Managing Director of MBRF, said: “The Mohammed bin Rashid Al Maktoum Knowledge Award recognises intellectual and creative achievements by honouring those innovators behind the global efforts to produce and disseminate knowledge, and encouraging them to carry on with their quest. The Award reflects Dubai’s determination to create a competitive environment that promotes a culture of innovation and creativity.”

Meanwhile, H.E. Dr Sultan Ahmed Al Jaber, Minister of State and Chairman of Masdar, said: “I am honoured to be receiving this prestigious award, which strives to encourage institutions working in the knowledge sector and promote innovation in the UAE and abroad, thus aligning with the UAE’s forward-thinking vision.”

H.E. added: “Masdar was founded in 2006 in response to directives from our leadership, which called for establishing an integrated and sustainable renewable energy sector – one that is based on research, development, and innovation – all in an effort to lay the foundations for the knowledge economy.

With the support of our leadership, Masdar achieved numerous achievements over the past decade, including the implementation of feasible renewable energy projects, the construction of Masdar City, and the Zayed Future Energy Prize, which aims to encourage innovation. I am confident that the Mohammed bin Rashid Al Maktoum Knowledge Award will be a new incentive for us to continue our efforts and strengthen the renewable energy sector in the UAE.”

For her part, Melinda Gates commented on winning the award, saying: “It is an honour to have the work of our Foundation recognised by His Highness Sheikh Mohammed bin Rashid Al Maktoum through this prestigious award. Bill and I believe that new knowledge is the key to solving the world’s biggest problems. We are proud to collaborate with the UAE to generate and share innovations and insights so that more people can lead healthy and productive lives.”

The Arab Thought Foundation is an international, independent and non-governmental organisation founded in 2001 with a guiding mission to help advance the economic, social and cultural development of the Arab region. The Foundation launches developmental initiatives, programmes, and events in a bid to help forge cultural partnerships that promote innovation.