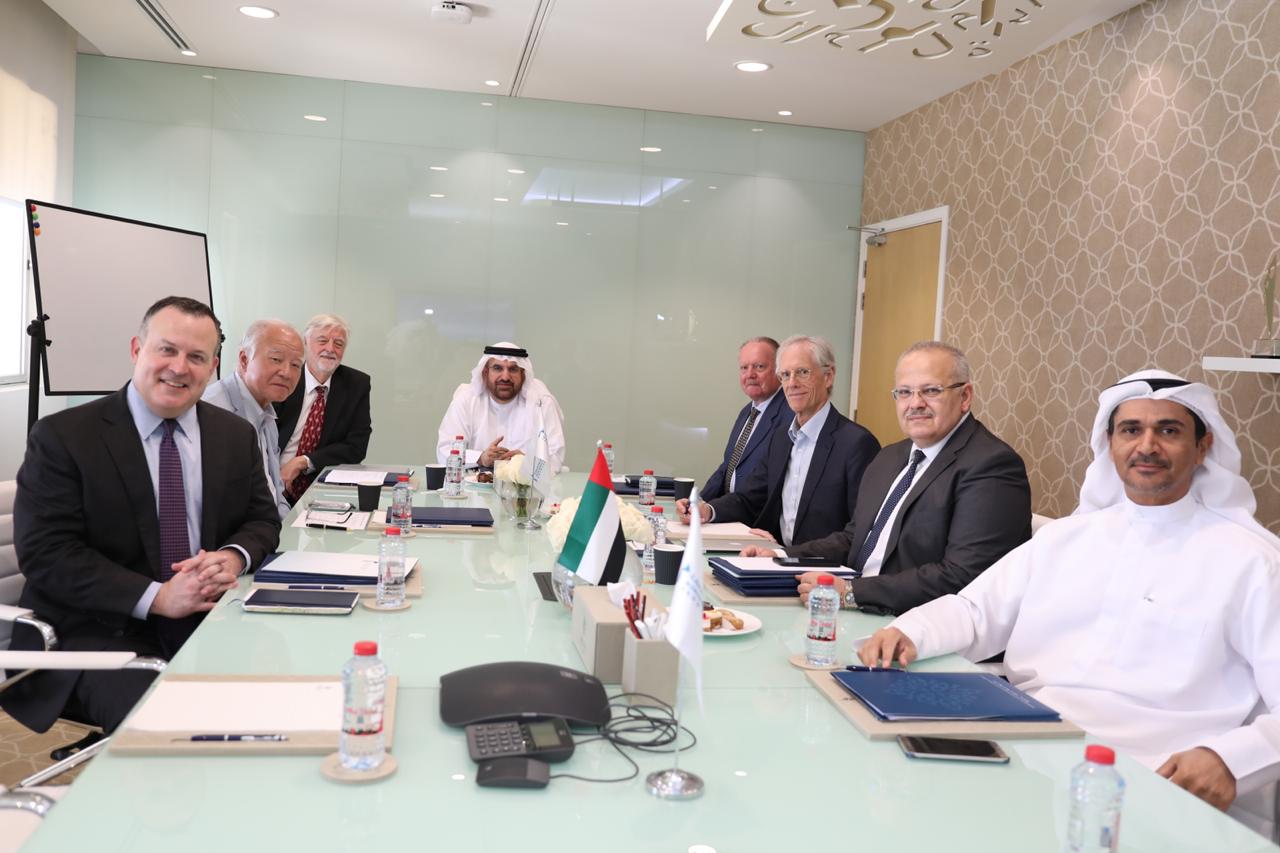 The Board of Trustees and the Advisory Committee for the Mohammed bin Rashid Al Maktoum Knowledge Award (MBRKA) held their first meeting after the submission deadline for the Award’s sixth edition, where they are set to consider and evaluate the entries received through the MBRKA official website.

Participants at the meeting reviewed all applications for the Award, verifying which ones meet all requirements and conditions of the MBRKA. The discussion then went on to highlight MBRKA’s accomplishments over the past five years, as well as ways to enhance its effects on innovators everywhere and expand the circle of participants from around the world.

“In the short six years it has been in existence, the Award has succeeded in earning international attention and accolades for shedding light on significant achievements and invaluable contributions that have truly and deeply improved human life,” H.E. bin Huwaireb explained, expressing his gratitude for both the Trustees and the Advisory Committee for their efforts in promoting the Award to the prestigious status it has come to occupy among international awards and events that support the production of knowledge everywhere.

For his part, Prof. Nicholas Rawlins noted that the meeting’s agenda included shortlisting potential winners of the Mohammed bin Rashid Al Maktoum Knowledge Award who have met the terms and conditions of the competition and made significant contributions that transformed their communities and the world for the better.

Meanwhile, Dr Ali Ahmed Al-Ghafli stated that the meeting explored the Award’s performance over the previous years, stressing the need to build on the accomplishments that were achieved, especially the Award’s growing international fame and appeal among entities active in the knowledge sectors. Dr Al-Ghafli went on to affirm that the Award will cement its positive image across the global knowledge sector in the near future.

The Mohammed bin Rashid Al Maktoum Knowledge Award seeks to promote comprehensive development, supporting innovation and creativity in all sectors of knowledge. The Award’s monetary value is USD1 million. The winners will be presented with the MBRKA at the annual Knowledge Summit, organised by the Mohammed bin Rashid Al Maktoum Knowledge Foundation in Dubai to provide a global knowledge platform bringing together knowledge leaders, experts, and decision makers to explore ways to build and develop knowledge-based societies.