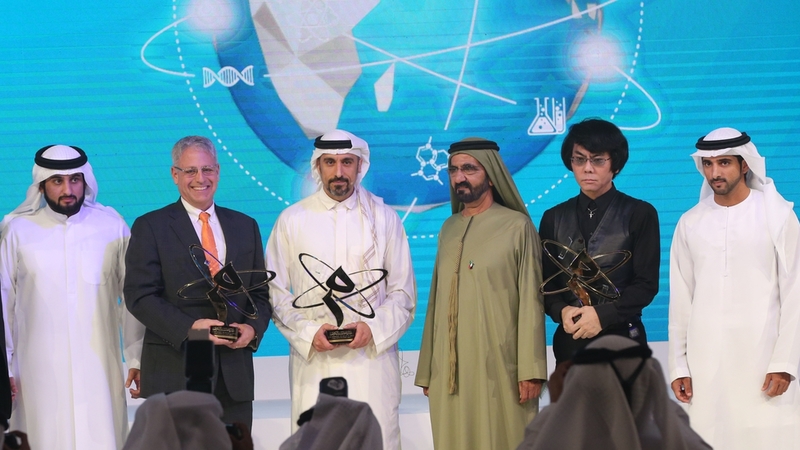 The Mohammed bin Rashid Al Maktoum Knowledge Award has announced it is now open for submissions. The fifth edition of the annual programme will honour individuals and organisations from around the world who have pioneered new forms of knowledge dissemination that have the potential to benefit humanity.

Organised by the Mohammed bin Rashid Al Maktoum Knowledge Foundation (MBRF), and held under the patronage of His Highness Sheikh Ahmed bin Mohammed bin Rashid Al Maktoum, MBRF Chairman, and Chairman of the Board of Trustees of the Award, the accolade seeks to build a knowledge economy by stimulating creativity, and celebrating knowledge development and entrepreneurship across a variety of fields, including education, scientific research, communication technology, printing, publishing and documentation.

Individuals and organisations from the public and private sectors are eligible to apply for the award, with submissions accepted from local, regional or international entities.

“Since its inception, the Mohammed bin Rashid Al Maktoum Knowledge Award has further established the UAE’s role as a foremost advocate for embracing creativity and innovation. The country has established itself as a leading proponent for knowledge-oriented societies, setting an example by using knowledge to create plans and strategies that strive for a better future for all,” said His Excellency Jamal bin Huwaireb, CEO of MBRF and Secretary-General of the Award.

H.E. bin Huwaireb stressed that the Mohammed bin Rashid Al Maktoum Knowledge Award has inspired individuals and organizations from around the world to pioneer intellectual achievements, thereby helping them to become role models for their societies. He noted that the programme promoted a competitive eco-system that encourages a culture of creativity and innovation that advances the transmission and dissemination of knowledge.

With the deadline set for June 25, 2018, submissions for the Mohammed bin Rashid Al Maktoum Knowledge Award are being received on its website: knowledgeaward.org, with the entry criteria stipulating that individuals or organisations applying should have made a significant and measurable contribution to knowledge dissemination within one of its categories. Submissions should be accompanied by letters from referees with expertise in the field, with the nominations accompanied by supporting documents.

The content of the submissions must adhere to standards and ethics of scientific research, integrity and intellectual property rights, with written submissions accepted in Arabic or English only. Applications that do not meet all the stipulated requirements will not be accepted.

The award is open to individuals or organizations that have won the prize in previous years – providing they meet the required conditions – but it cannot be awarded posthumously. The Board of Trustees shall be entitled to withdraw the award from any party in the event of breach of the award’s conditions, or breach of scientific research standards, ethics, scientific integrity or intellectual property, or any other breach deemed substantial and significant by the Board of Trustees.

The award was initially launched in 2014, then in 2015 a decree was issued by His Highness Sheikh Mohammed bin Rashid Al Maktoum, Vice President and Prime Minister of the UAE, Ruler of Dubai, the Mohammed bin Rashid Al Maktoum Knowledge Award was created to encourage those working in knowledge-related fields to innovate and create new ways to spread acquired expertise and learnings. The four previous years of the award have witnessed a significant number of applications from around the world.