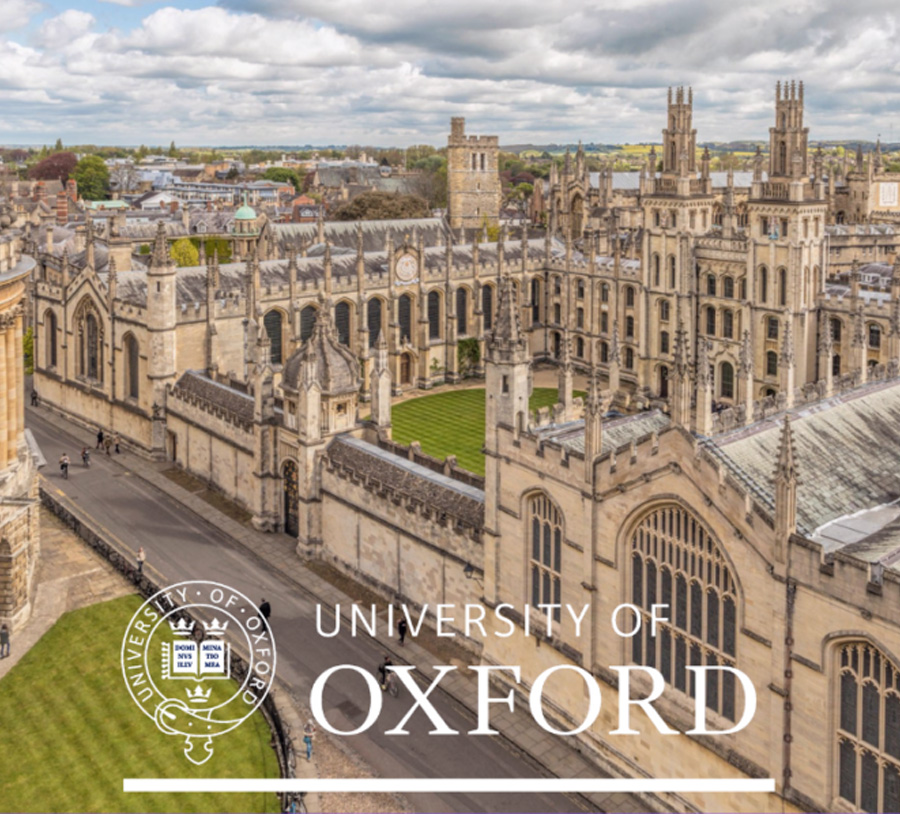 In line with the directives of His Highness Sheikh Ahmed bin Mohammed bin Rashid Al Maktoum, Chairman of the Dubai Media Council and Chairman of the Mohammed bin Rashid Al Maktoum Knowledge Foundation (MBRF), the Foundation announced that two young Arab researchers will benefit from the Oxford - Sheikh Mohammed bin Rashid Graduate Scholarship (OMBR Scholarship) to enable them to obtain a DPhil degree. Karim El Mestekawy will study for a DPhil Condensed Matter Physics (MPLS) focusing on ‘Further advancement and commercialisation of perovskite solar cells and to better understand the physics behind them using characterisation techniques. Meanwhile Badran Elshenawy is pursuing a DPhil Oncology (MSD) to ‘study key components of the creatine kinase system to understand how they contribute to the pathophysiology of ischaemic heart disease’.

His Excellency Jamal bin Huwaireb, CEO of MBRF, stressed that the scholarship programme at the University of Oxford offers an important opportunity for Arab students to benefit from their intellectual capabilities by joining one of the most prestigious universities in the world, at a time in which they are preparing to begin their careers; to become future influential global leaders who are able to produce and disseminate knowledge that contributes to the development of societies.

His Excellency added that MBRF has taken the initiative to support researchers and enhance their capabilities in reaching the highest scientific ranks, and to play effective role in building modern Arab civilization, driven by the enlightened thought and vision of His Highness Sheikh Mohammed bin Rashid Al Maktoum to resume Arab civilization. This is clearly manifested in Sheikh Mohammed’s endeavor to invest in building the capabilities of Arab youth and empowering them in various fields, while preparing future generations to be able to return the favour to their countries. This is what makes the United Arab Emirates the destination of choice for Arab innovators and homeland for the bright minds where they find a haven that enables them and prepares them for making the future.

For the past 4 years Karim El Mestekawy has been studying physics at Oxford and has just graduated with first class honours. Karim decided to do a DPhil in condensed matter physics researching perovskite solar cells; a type of solar cell with the capability to improve the photovoltaic industry, fundamentally change the energy sector, and tackle the climate crisis.

Karim says “OMBR Scholarship provides me with the best opportunity to study at the world’s top university, and to contribute to a scientific field with tremendous potential.” He went on to say “This Scholarship offers an exceptionally unique network of scholars and intellectuals with similar backgrounds who will hopefully help shape the future of the Arab world.”

Badran Elshenawy will be moving from the University of Bristol in the UK to attend Oxford. His previous studies had focused on neuropharmacology and drug discovery. Badran’s earlier degree covered all aspects of drug action, including mechanism, side effects, and pharmacokinetics. Following DPhil studies Badran plans to apply for postdoctoral oncology positions in Europe and the Arab region so that he can contribute to the ground-breaking research.

When asked about the OMBR Scholarship, Badran said “This generous scholarship means everything to me. This scholarship has presented me with an invaluable opportunity to study at one of the world’s most prestigious institutions and, more importantly, it has presented me with a chance to contribute to Oxford’s ground-breaking cancer research that has the potential to ease suffering and save thousands of lives.”

Both young scholars thanked HH Sheikh Mohammed bin Rashid for giving them the opportunity to study for doctorates from Oxford.”

The Oxford - Sheikh Mohammed bin Rashid Graduate Scholarship was launched in 2015 in collaboration between the Mohammed bin Rashid al Maktoum Knowledge Foundation and the University of Oxford establishing a perpetual scholarship at the University of Oxford to enable Arab postgraduate students attend one of the world’s top universities. The scholarship will last as long as Oxford exists as a university- it already has been a centre for learning for over 900 years.

This scholarship is creating an ever-growing community of thought leaders, all connected through the Mohammed bin Rashid Knowledge Foundation (MBRF) which carries the values and vision of His Highness Sheikh Mohammed bin Rashid Al Maktoum into the future, for decades, even centuries to come. Three Arab scholars from the UAE, Egypt and Syria have already enrolled in the OMBR Scholarship