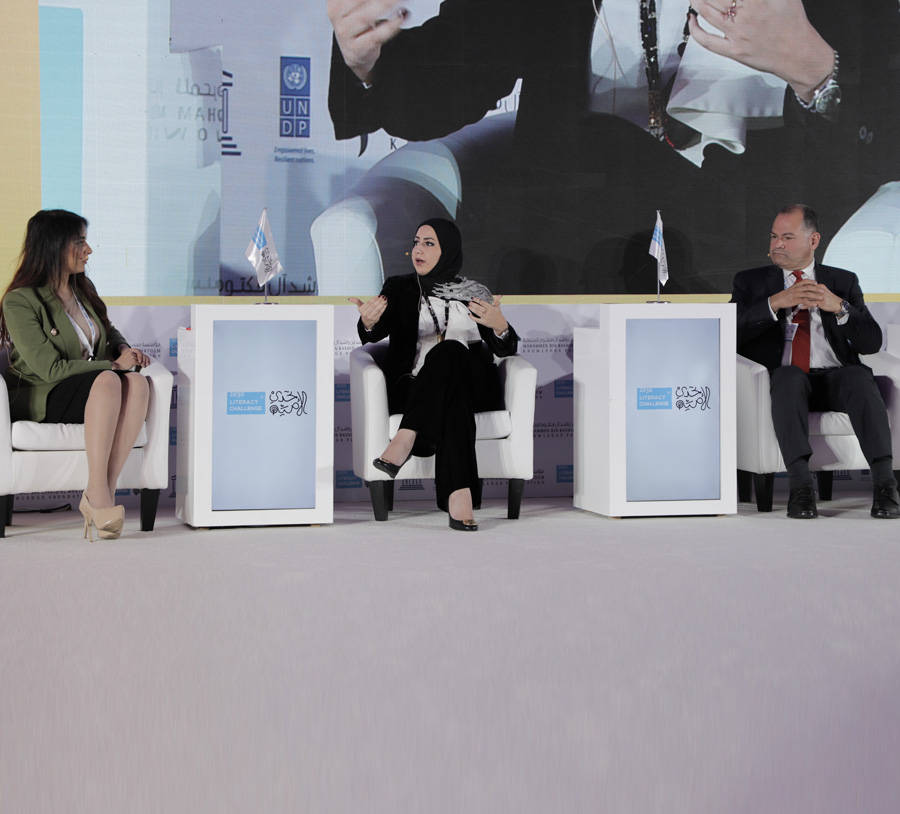 How Media is an Effective Tool in Combatting Illiteracy

Media can play a vital role in helping both the young and the old to read and write – that was the central message given during the final session on the first day of the inaugural Literacy Challenge Forum - an initiative from the Mohammed bin Rashid Al Maktoum Knowledge Foundation - which is currently underway in Dubai.

Titled: ‘Media and its Role in Combating Illiteracy,’ the session featured Nashaat Eldeehy, CEO of  TeN TV and Turkey Now Website, and Nadine Samra, Chief Business Officer, Weyyak by Zee Entertainment. The two executives discussed how their industry can be an effective tool to promote basic education in those who may have missed the opportunity for formal classroom learning.

During his participation, Eldeehy stated that there had been a proliferation of Arab media over the past half century, highlighting that there are around 1,100 Arab TV channels - 20 of them being educational - 100 religious channels and 170 sports channels, but that media had been a transgressor and victim with respect to illiteracy up to this point, as levels of illiteracy in the region have remained stubbornly high.

“There was an Arab summit in 1970 where they had a recommendation that stated a quick eradication of illiteracy in the Arab countries within five years. Can you imagine that 50 years has passed – which is half a century – and we still did not achieve 100% literacy rate and we are still discussing how to overcome this challenge? Yes, we know that wars and displacement contributed to the exacerbation of the problem, however there is a problem, there is a crisis, hence there are the attempts to find solutions. One serious attempt at solutions is today’s gathering,” he said.

Among the issues that Nadine Samra raised was that modern media tools are able to help those who are illiterate, with the privacy afforded by using Internet platforms meaning that they can search for what they want and with voice-activated applications able to help them find the right teaching programs to improve their reading and writing skills.

“The first challenge is that the person who is illiterate is usually too shy to say so and too embarrassed to go to an education centre. The Internet means they can learn by themselves and keep their privacy. The second challenge is how can the person who is illiterate – who cannot read and write -  find the actual information they need? There are voice tools for this. Children who are three and four years old can search for anything on YouTube by using their voice. They just press a button and give a voice command to get the content they are searching for. So even the illiterate person who cannot read or write can search for content,” she said.