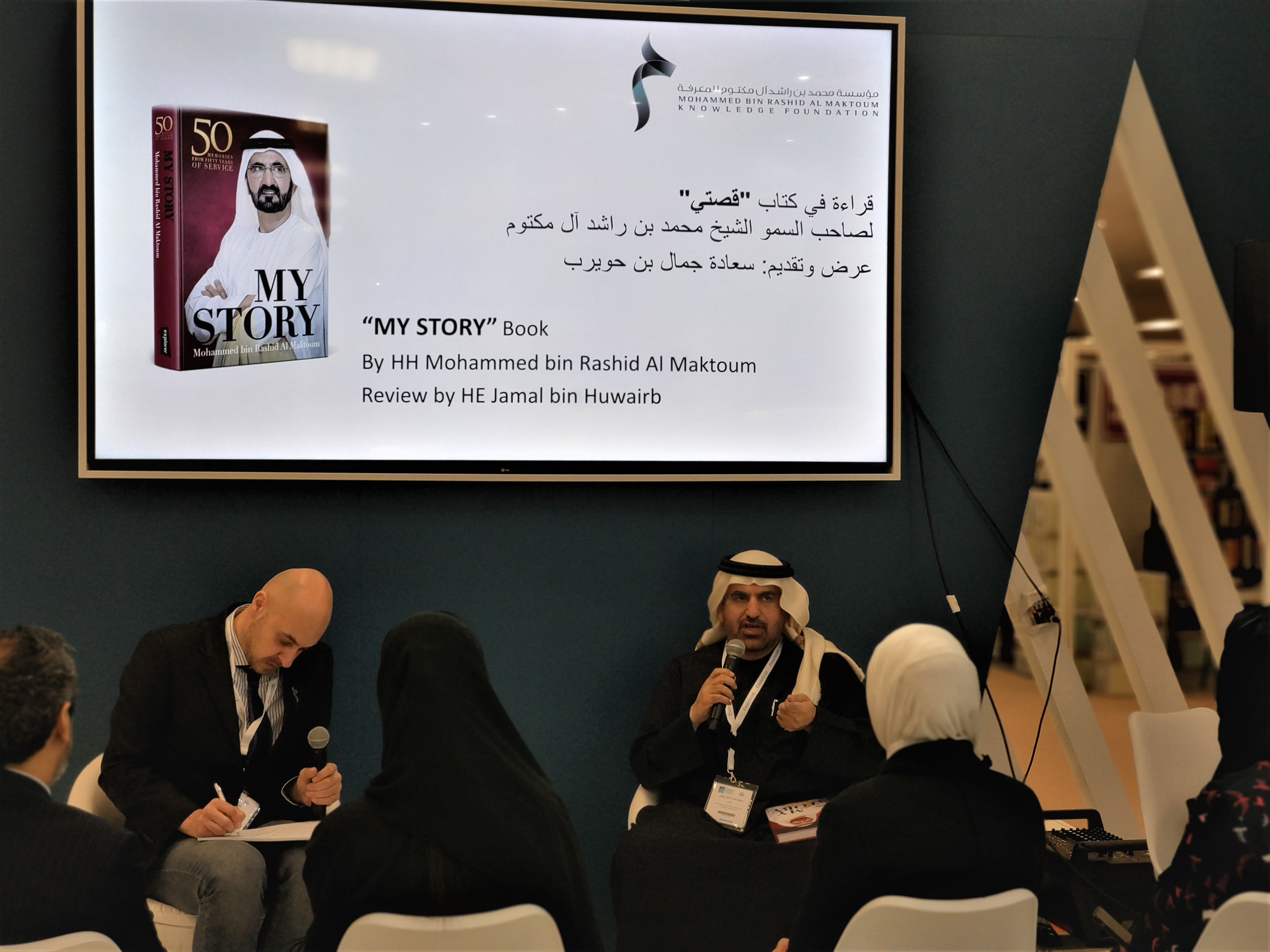 The Mohammed Bin Rashid Al Maktoum Knowledge Foundation (MBRF) concluded its activities at the 48th London Book Fair, most notable of which was a successful seminar about “My Story”, the book penned by His Highness Sheikh Mohammed bin Rashid Al Maktoum, Vice President and Prime Minister of the UAE, Ruler of Dubai.

The Foundation held a host of activities that shed light on its initiatives and projects in culture and literature and drew in large crowds of attendees. The session on “My Story” was the most prominent item on the agenda, where MBRF’s CEO His Excellency Jamal bin Huwaireb, lauded the book where H.H. Sheikh Mohammed bin Rashid shares memorable milestones from the past 50 years of his life, work, and responsibilities, with millions of readers in the UAE, the Arab region, and the world.

“The book takes its reader on an enjoyable journey where self-development and state-building intersect, beginning with H.H. Sheikh Mohammed’s first ‘job’ in the service of our country, when he took command of the police and general security in Dubai in 1968, and until he became Vice President of the UAE and Ruler of Dubai in 2006,” H.E. said, telling the audience that gathered to hear him read excerpts from the book that H.H. Sheikh Mohammed spearheaded Dubai’s rapid development as Crown Prince and then as Ruler of the emirate.

“H.H.’s vision has transformed Dubai into a global metropolis, and a benchmark for progress, accomplishment, innovation, hope, and a devotion to building in a region plagued with tensions. This rise coincided with and complemented a wider national development campaign,” H.E. bin Huwaireb concluded.

The seminar drew to a close with an open dialogue between H.E. Jamal bin Huwaireb and the audience about the importance of such a book, which has the potential to inspire readers with personal success stories.

The Foundation organised several workshops and sessions, in addition to launching a number of books and publications, issued by Qindeel Printing, Publishing, and Distribution – MBRF’s publishing arm. These included “Perspectives on Iraq 1912” by Dr Mohammed Makhlouf in English, “The Qur’an in the Manganese Collection: An Unbelievable Treasure” by Sean Coughlin, and “Dubai Names and Places” by Dr Jack Kilo.