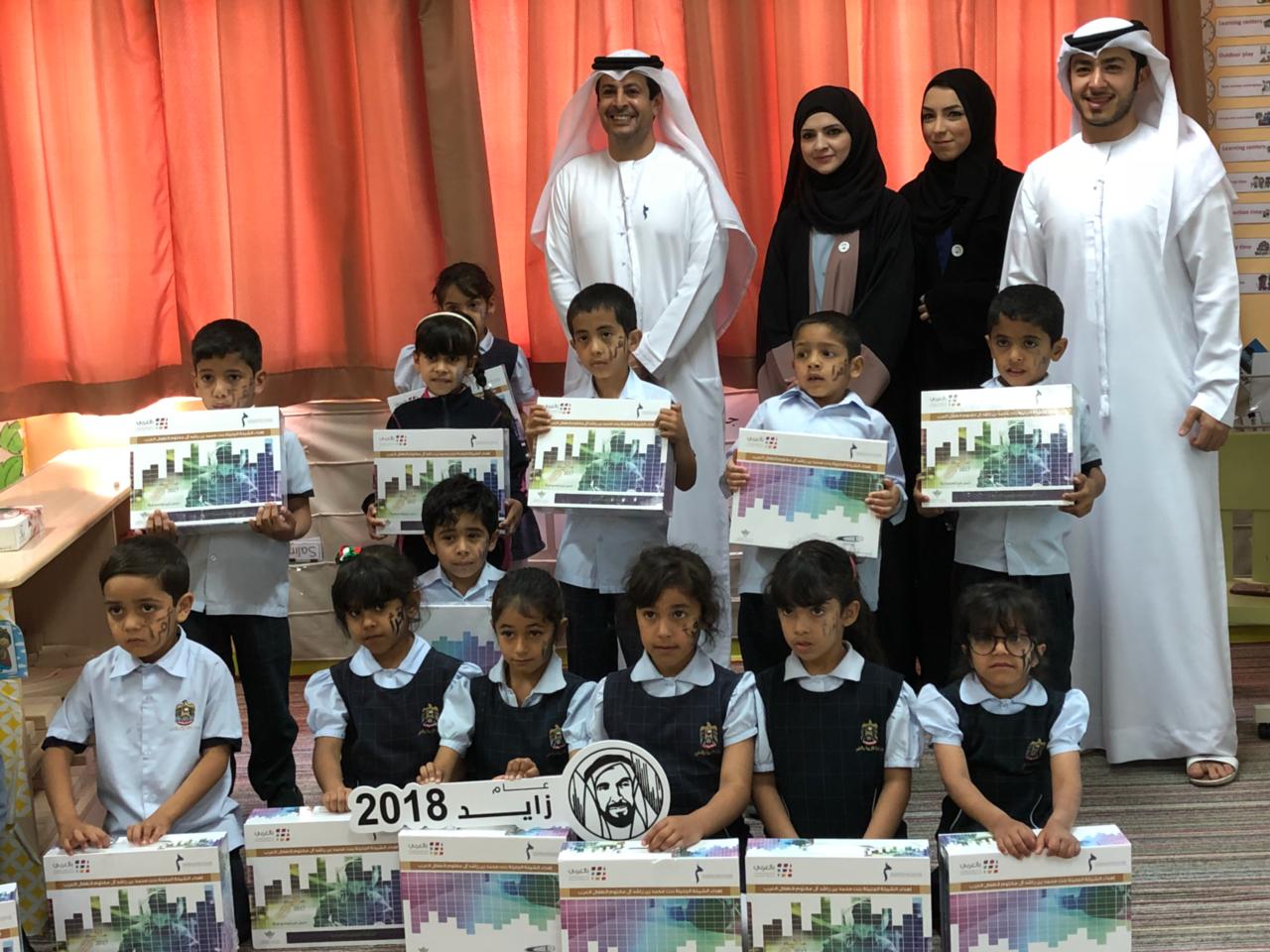 In collaboration with HSBC bank, the Mohammed bin Rashid Al Maktoum Knowledge Foundation (MBRF) is marking the Year of Zayed 2018 by distributing 700 “Smart Reading Library Bags” to different regions and institutions in the emirates of Ras Al Khaimah and Umm Al Quwain.

The initiative is part of the “Smart Bag Convoy”, which was first introduced last year as part of the activities to mark the Year of Giving, launched by His Highness Sheikh Khalifa bin Zayed Al Nahyan, President of the UAE. It serves to strengthen the Foundation’s role in producing and disseminating knowledge in the UAE, building knowledge-based societies, and empowering children to pursue their education in various disciplines.

The delegation brought together employees from both the Foundation and the bank, and visited several locations in the two emirates, namely, in Umm Al Quwain: The Falaj Al-Mu'alla settlement, Al Aghssan pre-school, Bint Al Shati Primary School for girls, and Majid Al Awwal School. Meanwhile, in Ras Al Khaimah, the delegation visited the Foundation of Saqr Mohammed Al Qasimi for Charity.

MBRF’s CEO His Excellency Jamal bin Huwaireb asserted that the Mohammed bin Rashid Al Maktoum Knowledge Foundation is committed to continuously supporting the production and dissemination of knowledge across the UAE and the Arab region, as directed by MBRF Chairman H.H. Sheikh Ahmed bin Mohammed bin Rashid Al Maktoum. “This is at the core of the Foundation’s objectives and missions,” H.E. said, adding that the initiative has succeeded, since its launch, in expanding its scope to reach more beneficiaries in localities across the UAE, as well as in refugee camps around the Arab region, where conflict and adversities have disrupted children’s access to their right to an education.

The Smart Reading Library Bags include interactive material to facilitate learning, reading, numbers, mathematics, science and social studies; these include a smart pen to teach the Arabic language. The Bags also contain stories and interactive books designed to teach math, social studies, science, and astronomy, as well as smart cards to teach children about family issues, the Qur’an, prayers, and stories of the prophets.