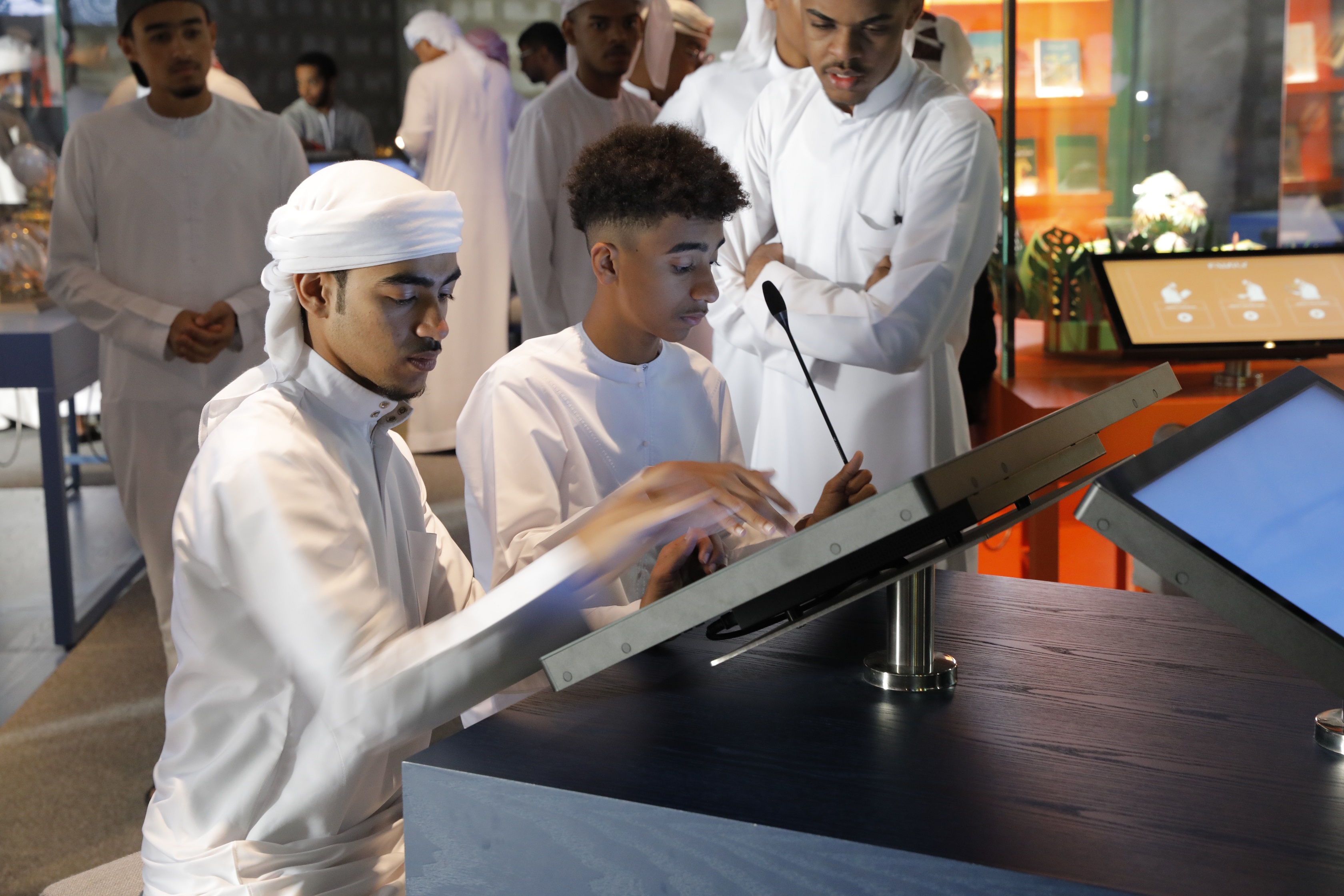 The Mohammed Bin Rashid Al Maktoum Knowledge Foundation (MBRF) announced it will be extending the fifth Nobel Exhibition – held in collaboration with the international Nobel Foundation at Dubai’s La Mer – until March 30, 2019, following directives from its Chairman His Highness Sheikh Ahmed bin Mohammed bin Rashid Al Maktoum, and as a result of the impressive turnout the event has witnessed from all segments of the community.

Themed “The Nobel Prize in Literature – Sharing Worlds”, the Exhibition attracted 20,000 visitors over the course of one month, including groups from schools and universities around the country, as well as visits from prominent public figures, novelists, and literature and culture professionals and stakeholders from across the UAE.

The extension is meant to allow the largest number of experts, academics, and students to visit the Exhibition and explore the innovations and accomplishments of Nobel Laureates in Literature, whose timeless works impacted millions of people and produced a rich cultural and knowledge legacy for every civilisation.

The Nobel Exhibition 2019 consists of 8 sections, each focusing on a specific topic that introduces visitors to selected novels written by Nobel Laureates in Literature. The sections range from Peace, Human Condition, Fairy Tales, and Life, to Tolerance, Family, Love, and the City – a subject where Egyptian novelist Naguib Mahfouz excelled, earning the Nobel Prize in Literature in 1988. A special section of the Exhibition was dedicated to Mahfouz’s works. The event’s agenda is full of cultural activities, including a panel discussion on Nobel-Prize-winning books organised by Esterahat Sayedat, in collaboration with the Nobel Friends Club.

The Nobel Exhibition 2019 welcomes visitors every day from 10:00 am to 10:00 pm on weekdays, and from 2:00 pm till 10:00 pm on weekends. Visitors from around the world can take a virtual online tour of the Exhibition through MBRF’s official website: https://www.mbrf.ae/en/nobel-museum-virtual-tour

Last week, the Mohammed bin Rashid Al Maktoum Knowledge Foundation honoured the Nobel Exhibition sponsors from the government and private sectors for their significant role in supporting the event and ensuring its success every year. Sponsoring the Exhibition’s events and projects, which play a significant role in the production and dissemination of knowledge, contributes towards building strong knowledge societies.