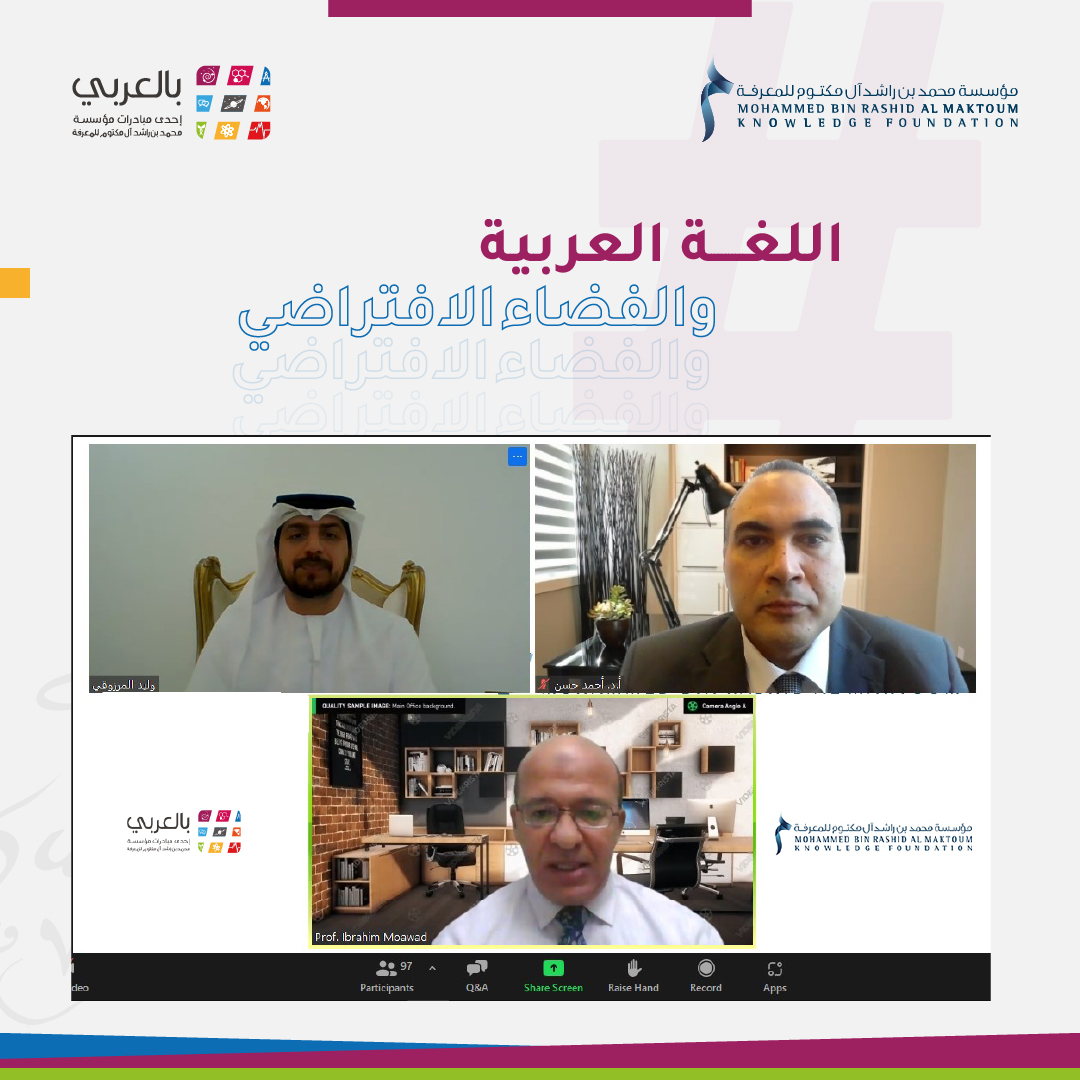 Dubai, United Arab Emirates, September 09, 2022- The Mohammed bin Rashid Al Maktoum Knowledge Foundation (MBRF) held an online panel discussion titled ‘The Arabic Language and Virtual Space’ under the ‘Bil Arabi’ initiative, implemented by the MBRF to encourage the Arab population on using their mother tongue on digital platforms. It seeks to increase the prevalence of the Arabic language on the internet and social media and help the development of the cognitive role of the language in the Arabic world in particular and the international community in general.

Prof. Ahmed Hassan Youssef shed light on the different types of content in the digital space, which are differentiated on the basis of text, image, audio and video content. He explained that the diverse Arabic language sets itself apart from other languages in terms of characteristic diversity, including science of rhetoric and style, which includes the metonymy, metaphor, and figure of rhetoric. This poses a challenge for text analysts to better understand and translate these texts to different languages of the world.

He also highlighted the mechanisms that serve as a pillar for Arabic content in the digital space that include new technologies such as machine translation, audio recognition, transforming them into readable texts, and converting texts written in casual language into the official classical language.

Prof. Ibrahim Fathy Moawad said that Arabic has become the fourth language in the world in terms of prevalence after English, Chinese and Spanish respectively. The prominence of Arabic language in the online space has increased from 5.7 per cent from 1 per cent, while English content dominates the digital space by 60 per cent.

Prof. Moawad addressed the challenges that poses to the Arabic language are nature and characteristics of the language in terms of drawing and shape of letters, vocalisation, and complex rules of writing. He highlighted that to spread Arabic efficiently, we require optimum research and investment in software and artificial intelligence capabilities, in addition to computing the Arabic language to enable computers to recognise the forms and types of the language.

The vision of the ‘Bil Arabi’ initiative is to provide varied activities on digital and social media spaces to spread awareness on the aesthetics and rhetoric art of the Arabic language, which reflects the heritage and authenticity of the Arab history.