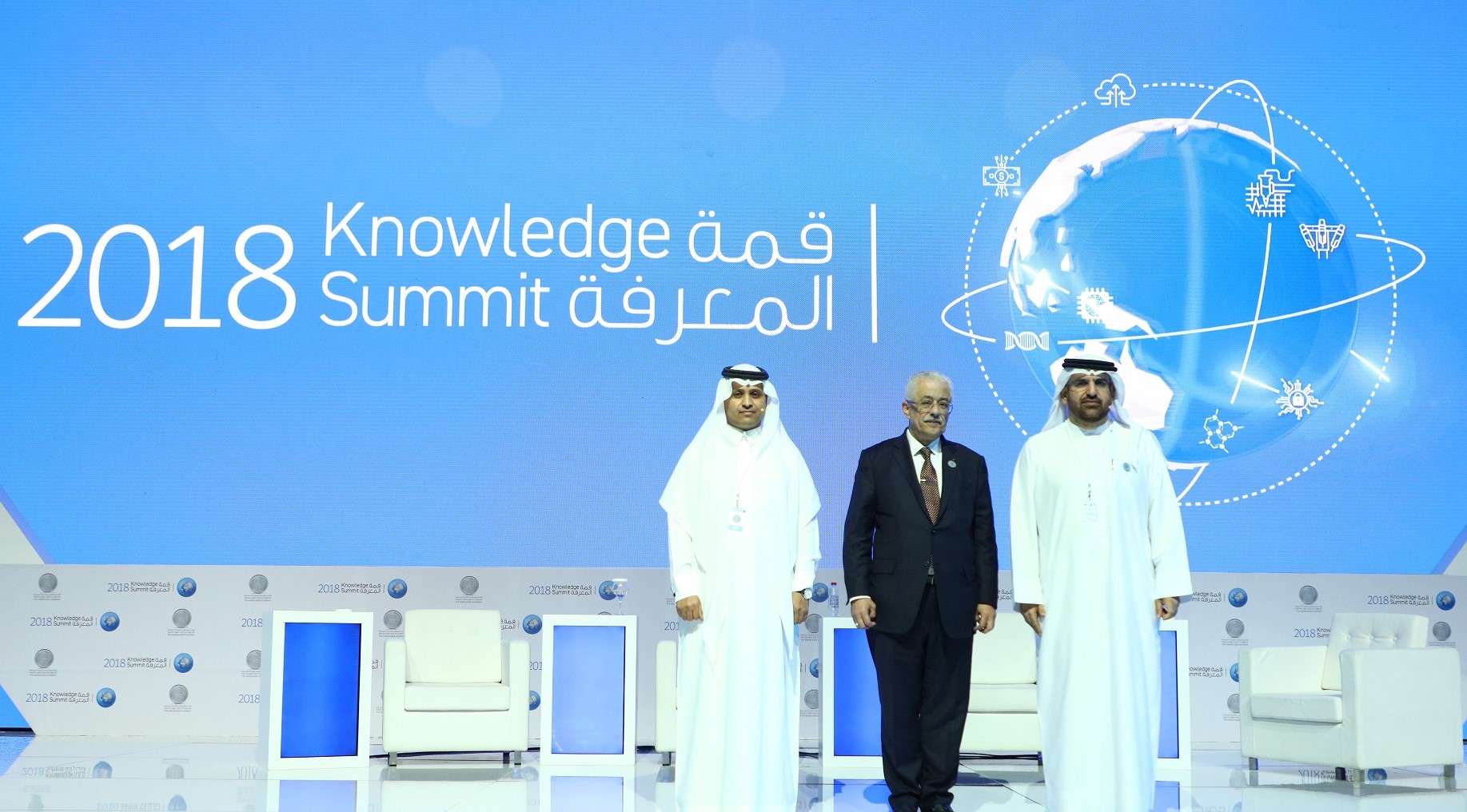 Plans for ‘Arab Digital Union’ Announced at the Knowledge Summit 2018

“We are happy to be announcing today, at the fifth annual Knowledge Summit, that we will be working on the first evet ‘Arab Digital Union’,” said H.E. bin Huwaireb. “The Saudi Digital Library, Egypt’s Knowledge Bank, and the Dubai Digital Library, an initiative from the Mohammed bin Rashid Al Maktoum Knowledge Foundation will make up the Union at this stage, but we invite all other Arab digital libraries to join us.”

For his part, Dr Saud Al Salahi said: “The Saudi Digital Library is honoured to be here at the Knowledge Summit 2018 and we are grateful to have received the prestigious Mohammed bin Rashid Al Maktoum Knowledge Award.” Dr Al Salahi went on to laud the planned partnership among the three prominent digital libraries, noting that it would result in a substantial platform offering a wealth of digital resources.

“The Arab Digital Union is a dream that has long been in the making,” said H.E. Dr Tarek Shawky. “It will offer a platform aggregating content from three Arab countries and forming the basis for a prominent pan-Arab content bank – a larger version of our Egyptian Knowledge Bank – disseminating knowledge to all Arab.”

The Egyptian Knowledge Bank is one of the largest national education projects in Egypt. It houses the largest digital library and online knowledge hub, providing access to free education and scientific publications, in addition to contributing to the production and dissemination of knowledge to Egyptian universities, institutes, and research centres.

Meanwhile, the Saudi Digital Library has largest collection of digital information resources in the Arab World, with more than 680,000 digital books and 174 international and Arab databases for academic articles and multimedia materials.

As for the Dubai Digital Library, an MBRF initiative, it is now one of the largest digital libraries that offer Arabic content, containing over 200,000 titles and approximately 2 million digital material, including books, periodicals, dictionaries, autobiographies, pictures and maps, Dubai International Writing Program publications, MBRF publications, and Qindeel publications.

The Knowledge Summit 2018 brings together more than 100 speakers including experts, decision makers and stakeholders from around the world in more than 45 discussion panels.