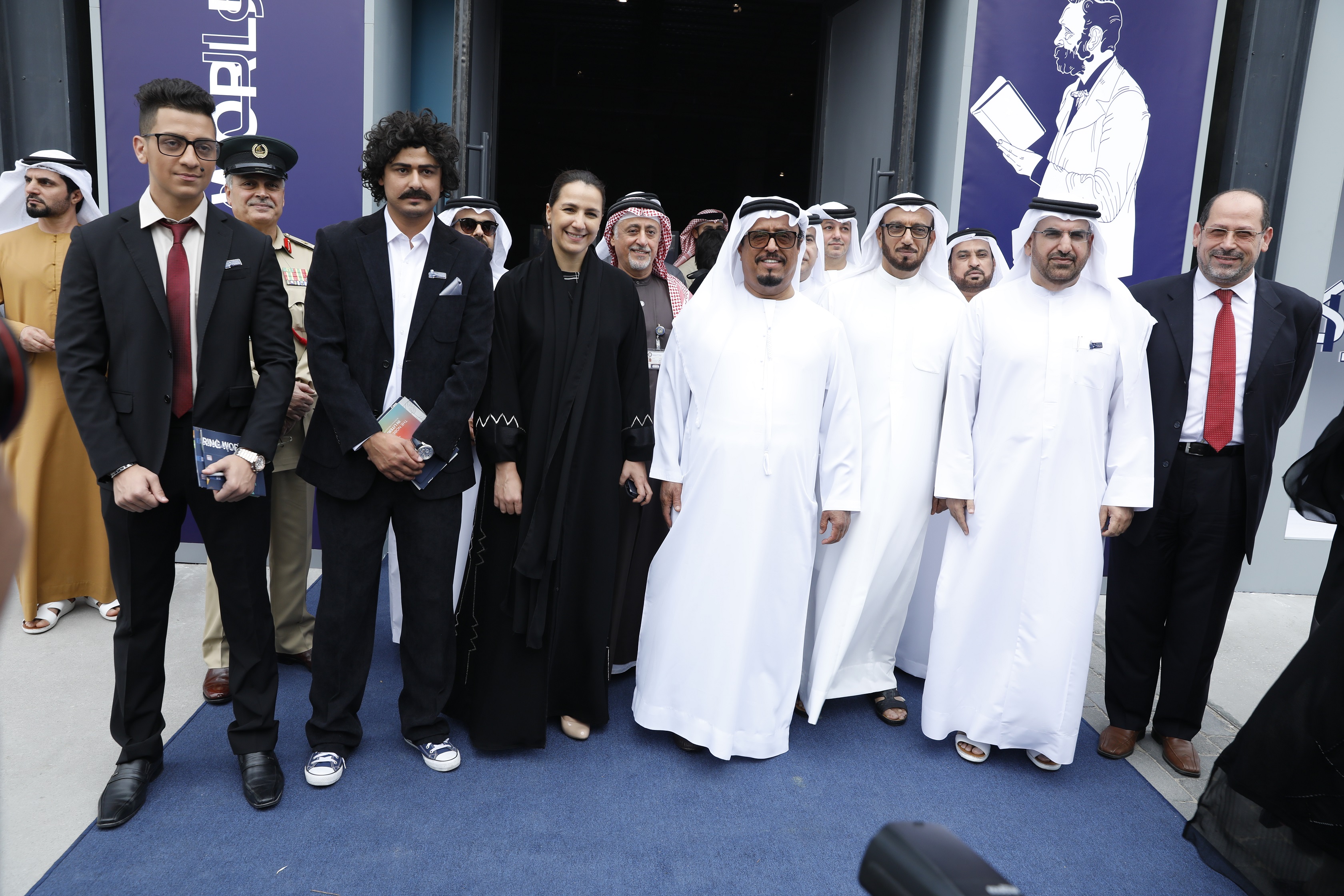 The Mohammed bin Rashid Al Maktoum Knowledge Foundation (MBRF) has inaugurated the 5th Nobel Exhibition, in collaboration with the international Nobel Foundation, to be held from February 3 to March 2, 2019, at Dubai’s La Mer, under the slogan “The Nobel Prize in Literature – Sharing Worlds”.

Held under the patronage of MBRF Chairman His Highness Sheikh Ahmed bin Mohammed bin Rashid Al Maktoum, the Nobel Exhibition 2019 seeks to promote the production and transfer of knowledge, shedding light on contributions and innovations by laureates of the prestigious Nobel Prize in Literature, who made an impression on millions of people over the decades, producing literary masterpieces that have endured throughout human history. The Exhibition’s sections highlight various literary disciplines such as poetry and theatre.

“The slogan of this year’s Exhibition – ‘The Nobel Prize in Literature - Sharing Worlds’ – reflects the values of tolerance and peace, which the UAE is celebrating this year with the ‘Year of Tolerance’ initiative, announced by H.H. Sheikh Khalifa bin Zayed Al Nahyan, President of the UAE,” asserted H.E. bin Huwaireb. “Literature is an effective instrument for spreading tolerance among societies, facilitating solid relations among differing civilisations. It allows us to learn about the cultures of others, accept their mindsets, and coexist with them in peace and love.”

“Now in its 5th edition, and benefitting from the generous patronage of H.H. Sheikh Mohammed bin Rashid Al Maktoum, Vice President and Prime Minister of the UAE, Ruler of Dubai, and the directives of our Foundation’s Chairman H.H. Sheikh Ahmed bin Mohammed bin Rashid Al Maktoum, as well as the partnership with the international Nobel Foundation, the Exhibition continues to cement MBRF and Dubai’s leading knowledge role in the region and the world,” H.E. bin Huwaireb added.

For his part, Dr Amelin Olov said “The Nobel Prize Museum has the ambition to reach out to a young audience worldwide and inspire people to get engaged in the areas in which you can receive a Nobel Prize. These prizes are handed out in the spirit of Alfred Nobel who claimed that the laureates should have done a fantastic achievement “for the benefit of Humankind”. Laureates like Mahfouz and others are great role models, and inspire us all through their writing. It’s an honour for the museum to be able to present our fifth exhibition in Dubai. We have created a playful entrance to the world of literature, books and everlasting stories!”

The Nobel Exhibition 2019 includes numerous events and interactive activities designed to cater to all visitors; it consists of 8 sections, each focusing on a specific topic that introduces visitors to selected novels written by Nobel Laureates in Literature. The sections range from Peace, Human Condition, Fairy Tales, and Life, to Tolerance, Family, Love, and the City – a subject where Egyptian novelist Naguib Mahfouz excelled, earning the Nobel Prize in Literature in 1988. A special section of the Exhibition was dedicated to Mahfouz’s works.

The event also includes a series of workshops, starting with a session on “The History of the Nobel Prize in Literature” on February 3, featuring Gustav Källstrand, a cultural historian specialized in the history of the Nobel Prize; followed by a workshop about Naguib Mahfouz, led by Mohammed Al Salmawi, on February 10. A third workshop is scheduled for February 17, where Kristian Fredén, author, literary critic and librarian at the Nobel Library in Stockholm, talks about “How do you write like a Nobel Laureate?”. The workshops conclude with a session titled “Nobel Books expressing humanity”, featuring Ebba Holmberg, Literature Expert at the Nobel Prize Museum, on February 24. Also on the agenda of activities is a panel discussion on Nobel-Prize-winning books organised by Esterahat Sayedat, in collaboration with the Nobel Friends Club.

Visitors of the Nobel Exhibition 2019 will also enjoy a series of poetry evenings featuring prominent poets from around the world, while the official website of the Mohammed bin Rashid Al Maktoum Knowledge Foundation will allow individuals from around the world to take a virtual tour of the Exhibition at: https://www.mbrf.ae/en/nobel-museum-virtual-tour