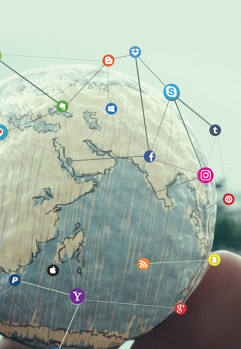 How Technology and Social Media Can Be Used to Promote Tolerance

The emergence of social media has unfortunately also ushered in a new phenomenon—online hate speech. Governments and organisations around the world are fighting to address this. Without such efforts, hate speech left unchecked can lead to violence.

In 2008 Elon University in North Carolina, USA, conducted a prediction survey that asked whether people would be more tolerant in 2020 given their wider exposure to other viewpoints expressed through the internet and other information and communication technologies.

Of the 1,196 respondents, 55 percent disagreed with this prediction. The majority of respondents held the view that “while there is no doubt the internet is expanding the potential for people to come to a better understanding of one another it also expands the potential for bigotry, hate, and terrorism, thus tolerance will not see net gains.”

To deal with the threat, the United Nations Educational, Scientific, and Cultural Organisation (UNESCO) advocates an ‘education for tolerance’ approach that seeks to counter influences that lead to fear and exclusion of others. Such an approach should help young people develop capacities for forming independent judgement, critical thinking, and ethical
reasoning.

A humane society should
not accept words or actions
committing, promoting, or
glorifying violence toward others.
Revealing and recognizing such
violence is acceptable if the aim is
to put a halt to such violence.”
James Witte

The Declaration of Principles on Tolerance, signed in November 1995 by UNESCO member states, affirms that tolerance is neither indulgence nor indifference. It is respect and appreciation of the rich variety of our world’s cultures, our forms of expression, and ways of being human.

In an interview for Flashes, Dr. James Witte, a Professor in the Department of Sociology and Anthropology at George Mason University, a public research university in Virginia, USA, opined that society ought not to accept acts or words that promote violence.

Dr. Witte, who is also Director of the Center for Social Science Research and Director of the Institute for Immigration Research, said: “I believe tolerance is not absolute, but nearly so. A humane society should not accept words or actions committing, promoting, or glorifying violence toward others. Revealing and recognizing such violence is acceptable if the aim is to put a halt to such violence. Apart from violence any expressions of beliefs, attitudes, and opinions ought to be tolerated so long as they respect the essential humanity of others who do not hold the same beliefs, attitudes, and opinions.”

Bringing people together, Dr Witte argued, was essential to promoting tolerance since it is through exposure and contact with others that shared humanity becomes apparent.

“Technology and social media are an appropriate means to this end as it allows exposure and contact without physical co-presence. It is my view that this is best achieved through an interactive platform that allows for give-and-take communication analogous to face-to-face interaction,” he added.

“Social media exposes people to other world views so that they don’t have to judge others based on race, culture, religion, or other biases, and learn to co-exist with people,” Katagaya said.

Katagaya was a participant in the panel discussion, “The perspectives for digital democracy in Uganda and beyond,” at the Uganda Social Media Conference 2019 in Kampala on June 25. He argued that organisations and governments needed to think about using social media to educate people on why they must tolerate and co-exist with one another.

He cited as an example Rwanda’s online campaign spearheaded by the nongovernmental organisation Never Again using the hashtag #NeverAgain, which drew on the experiences of the 1994 genocide to teach young Rwandans about the dangers of being intolerant.