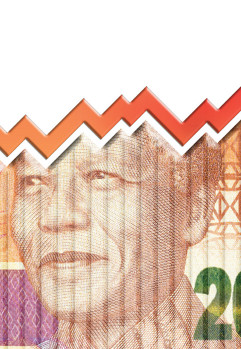 South Africa: Trade and Knowledge Gateway to a Continent with Big Potential

For more than two decades, South Africa has been a big player in the global economy. A significant trade power both regionally and globally, with a Gross Domestic Product (GDP) of $350 billion and a population of 58 million, it emerged on the global stage after it joined the so-called BRICS group, founded in India in 2006 by Brazil, Russia, India, and China. Collectively, the BRICS countries make up about a quarter of global GDP and nearly 45 percent of the world’s population.

The latest edition of the Global Knowledge Index, an annual publication of the Mohammed Bin Rashid Al Maktoum Knowledge Foundation (MBRF) produced in cooperation with the United Nations Development Programme (UNDP), shows that South Africa has made remarkable progress in all seven sectors covered by the Index.

South Africa came third place overall among African nations, jumping four places on its 2017 performance, and surpassed only by Seychelles and Mauritius. However, unlike South Africa which rose in the ranks, Seychelles dropped back two places.

Investment in education is a top priority for the South African government, as evidenced by the country having come first place globally in the field of trained teachers in secondary schools. South Africa also came in first for students enrolled in technical and vocational educational training (TVET) programs. It ranked 20th place globally for percentage of students enrolled in internationally-recognized universities.

The Knowledge Index ranks 134 countries in seven knowledge-related sectors. In the ‘General Enabling Environment’ sector, South Africa came sixth globally in terms of female participation in Parliament and on the institutional aspects of empowerment, it came 38th.

On the Research, Development and Innovation sector, South Africa placed 52nd; on Education 58th; on Economy 67th; on Information and Communications Technology (ICT) 70th; on Pre-University Education 92nd; and on Technical and Vocational Education and Training 107th.

In the Pre-University Education sector, South Africa placed 11th globally for government spending on basic education. However, for ‘knowledge capital’ it only came 93rd and 92nd for Educational Enabling Environment. Clearly, the country faces some challenges in the field of education, especially in the areas of schooling environment, educational outcomes, and completion levels.

In the TVET sector, where South Africa came 107th, the main challenges lie with the technical education structure and the qualifications of its workforce. In Higher Education, it scored relatively well, placing 58th globally, including 31st for globally ranked-universities, 34th for Competency of Students, and 47th for output.

Both the Higher Education and the Research, Development and Innovation sectors speak to South Africa’s potential to develop sustainably by focusing on knowledge development. In both sectors, South Africa made significant progress compared with the previous year.

Under the Economy category, where it ranked 67th globally, the big challenge lies with Openness, particularly its percentage of foreign trade and levels of foreign investment. These metrics have a direct impact on its ranking in the Economy sector. Clearly, the country is vigorously seeking to enhance its competitiveness by immersing itself more deeply in global trading markets. Evidence of this is seen through its membership of important and effective economical blocs today such as the BRICS, and its recent hosting of Africa Trade Week.

Looking to the future, if South Africa wishes to accelerate its development and further improve its score in the Index, it will need to double down on efforts on the sectors of Education, Research, Development and Innovation. It will also need to develop its ICT sector, which in turn will help it to improve its performance in the other five sectors.

If South Africa can make progress on the various indicators covered by the Knowledge Index, it will definitely become one of the most advanced countries in the global economy.

The three-day trade exhibition known as Africa Trade Week was held in Johannesburg, South Africa’s financial capital, in the last week of June. The event convened more than 10,000 participants from 53 countries to discuss the conference theme ‘Africa—the New Home of Trade.’ The United Arab Emirates was one of the most important participants, with a high-level delegation attending, and the country hosting the second largest pavilion among participants. UAE investments in South Africa are set to increase to more than $14 billion, an increase of more than 40 percent on previous years.