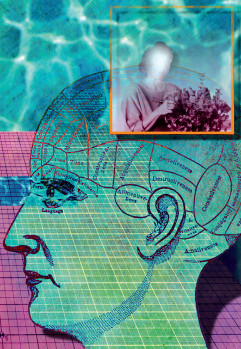 Research into the bacteria that causes gum disease is offering new hope in the fight against Alzheimer’s Disease.

Dementia is a global epidemic. There are over 10 million new cases of dementia each year worldwide – that’s one more person afflicted every three seconds. The most common form is Alzheimer’s Disease, which robs victims of all cognitive ability and leaves them strangers to themselves and others. For over a century the disease has eluded the search for a cure. Now current research into the bacteria that causes gum disease is offering new hope.

There are close to 50 million people suffering with dementia and as the world’s population increases and people live longer, experts predict an increase to well over 135 million by 2050. The socio-economic impact will be vast.

In 2015, the total estimated worldwide cost of dementia was $818 billion, which represents almost 2% of global GDP. In 2018, the global cost rose above $1 trillion. The annual spend on dementia far exceeds the market values of companies such as Apple and Google. If global dementia care were a country, it would be the 18th largest economy in the world.

Aside from economics, the scale of human suffering is immeasurable.

Alzheimer’s is the most common cause of dementia and symptoms include the gradual loss of cognitive functioning. Initially a sufferer will forget simple things and have trouble thinking and reasoning normally. As the disease worsens, the patient will be unable to function at all and the most basic tasks will be impossible. The person becomes utterly dependent on others and is finally bedbound.

“The disease slips you away a little bit at a time and lets you watch it happen,” Sir Terry Pratchett wrote of his battle with Alzheimer’s in a moving account that was published by the Alzheimer’s Society in 2008. Pratchett, who wrote 47 novels and sold more than 85 million books worldwide in 37 languages, announced his diagnosis of early-onset Alzheimer’s Disease in December 2007. He did not suffer in silence but rather shone a light on how critically under-funded Alzheimer’s research is, with figures as low as 3% of those dedicated to finding cancer cures.

“It’s strange that a disease that attracts so much attention, awe, fear and superstition is so underfunded in treatment and research,” he stated.

Pratchett pledged $1 million to the Alzheimer’s Research Trust in 2008 and helped to increase public awareness of the disease with TV programmes such as the two-part documentary series for the BBC, the BAFTA-award winning, Terry Pratchett: Living With Alzheimer’s.

Pratchett died at home on 12 March 2015, and he remains widely respected for his efforts towards solving one of medicine’s biggest mysteries.

Funding and research has in fact increased in recent years and new hope is focussed on investigations into the relationship between Alzheimer’s and bacteria called porphyromonas gingivalis (P. gingivalis), which is known to trigger gum disease (gingivitis).

Using 54 human Alzheimer’s brain samples, the team found two toxic enzymes called gingipains that P. gingivalis uses to feed on human tissue in 99% of samples taken from the hippocampus – the part of the brain used for memory. The team also found genetic material from P. gingivalis in the cerebral cortex – a region involved in conceptual thinking. The discoveries mark a significant departure in thinking and a new causal hypothesis.

It is presently known that the origins of Alzheimer’s Disease can begin up to 20 years before symptoms start to be seen. Toxic brain changes involving protein fragments called beta-amyloid plaques and tangled bundles of fibres of an abnormal form of the protein tau, known as tau tangles, build up steadily over years before symptoms are eventually revealed.

“The findings of this study offer evidence
that Porphyromonas gingivalis and
gingipains in the brain play a central role
in the pathogenesis (development) of AD,
providing a new conceptual framework for
disease treatment”

A person may feel no effects but in their brain clusters of the beta-amyloid plaques gather outside neurons. Simultaneously, the accumulation of tau tangles inside neurons contributes to the brain degeneration associated with Alzheimer’s. Beta-amyloid plaques may contribute to cell death by interfering with neuron-to-neuron communication at synapses, while tau tangles block the transport of nutrients and other essential molecules inside neurons. Individuals show subtle decline in cognitive function and as the plaques and tangles spreads to other areas of the brain, behavioural symptoms occur, including personality changes, impaired communication, disorientation, confusion, poor judgment, memory loss, and finally basic bodily functions such as walking and swallowing are impaired.

Until this recent breakthrough, research has largely centred on developing drugs that block or destroy amyloid proteins, or sometimes degraded tangles of tau, involving experiments conducted on mice genetically modified to produce amyloid. It is now becoming accepted that this model is not working and according to a 2018 study, entitled The Price of Progress: Funding and Financing Alzheimer’s Disease Drug Development, the failure rate of drug development for Alzheimer’s has been 99%.

The new hypothesis posited by the Cortexyme study suggests that the beta-amyloid plaques and tau tangles are symptoms of the disease, not its cause. The team of scientists analysed brain tissue, spinal fluid and saliva from dead and living patients with Alzheimer’s and found P. gingivalis bacteria. Tests on mice confirmed the bacteria could travel from the mouth to the brain and showed that the toxic protein they secrete destroyed brain neurons. The bacteria also increased production of the amyloid plaques linked with Alzheimer’s. Scientists subsequently tested drugs in mice aimed at blocking the toxic proteins and found they were able to halt degeneration in the brain.

“The findings of this study offer evidence that Porphyromonas gingivalis and gingipains in the brain play a central role in the pathogenesis (development) of AD, providing a new conceptual framework for disease treatment,” the study authors stated.

Casey Lynch, of Cortexyme, adds: ‘When the team gave P. gingivalis gum disease to mice, it led to brain infection, amyloid production, tangles of tau protein and neural damage in the regions and nerves normally affected by Alzheimer’s. This suggests causation.”

The team has now developed a new drug that could form the basis of a human treatment and plan to test it in a clinical trial with people suffering from moderate level Alzheimer’s later this year. However, the study is far from conclusive and there is a long road ahead before the causation can be proved.

David Reynolds of the Alzheimer’s UK charity voiced his doubts about the study’s claim that P. gingivalis causes Alzheimer’s, due to evidence of a person’s genes having a role in the disease. “Strong genetic evidence indicates that factors other than bacterial infections are central to the development of Alzheimer’s, so these new findings need to be taken in the context of this existing research,” he said.

Yet a bacterial hypothesis for Alzheimer’s doesn’t actually conflict with genetic evidence. The human body’s propensity for inflammation can vary according to genetic variations that affect our immune systems, and this may influence how much damage P. gingivalis induces in a brain.

While much development is needed in this new direction of study, it represents progress, provides hope, and keeps a spotlight fixed on the demon. As Pratchett so eloquently predicted: “Once we have recognised the demon, without secrecy or shame, we can find its weaknesses. Regrettably, one of the best swords for killing demons like this is made of gold – lots and lots of gold. These days we call it funding. I believe the D-day battle on Alzheimer’s will be engaged shortly and a lot of things I’ve heard from experts strengthen that belief. It is a physical disease, not a mystic curse; therefore it will fall to a physical cure. There’s time to kill the demon before it grows.”

WHAT IS ALZHEIMER'S DISEASE?

Alzheimer's Disease is the most common form of dementia and causes memory loss, difficulty performing daily tasks, and changes in judgement, reasoning, behaviour and emotions

WHO IS MOSTLY AFFECTED?

Older persons suffering from depression are 4 TIMES HIGHER AT RISK

Depression is a strong contributor to developing dementia

72% of patients are females

» Increase the success of treatments
» Help the individual to avoid injuries