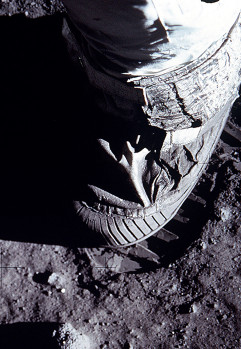 The Arab world has moved a step closer to the exploration of space following the launch of the first pan-Arab organisation focused on space collaboration.

At the recent Global Space Congress, in Abu Dhabi, it was announced that 11 Arab states, including the UAE, Saudi Arabia, Algeria, Jordan, Egypt and Morocco, were to form the Arab Group for Space Collaboration in a bid to advance the development of the Arab world’s space sector. The new entity’s inaugural project will be a satellite to monitor climate change, which will be developed by Arab scientists in the UAE.

“We called the new satellite ‘813’ in reference to the date that marked the beginning of prosperity for the House of Wisdom in Baghdad under the reign of Al Ma’mun,” said His Highness Sheikh Mohammed bin Rashid Al Maktoum, Vice President and Prime Minister of the UAE and Ruler of Dubai, announcing the launch. “Resembling our region, the House embraced scientists, translated notable texts and produced scientific capabilities.

“We extend our expertise, resources and help to Arab scientists who share
the same dream and ambition we have to build the best possible future for
the Arab nation. The satellite is a message from the UAE to Arab people that
through concerted efforts we can build a brighter future for everyone”

HIS HIGHNESS SHEIKH MOHAMMED BIN RASHID AL MAKTOUM,
VICE PRESIDENT AND PRIME MINISTER OF THE UAE AND RULER OF DUBAI

“We extend our expertise, resources and help to Arab scientists who share the same dream and ambition we have to build the best possible future for the Arab nation. The satellite is a message from the UAE to Arab people that through concerted efforts we can build a brighter future for everyone.”

HH Sheikh Mohammed’s referencing of the House of Wisdom is important. The Arab world has a rich history of science and astronomy and more than 200 of the stars visible to the naked eye have names that derive from Arabic. Some are fragments of longer Arabic names – often shortened to fit on medieval astronomical measurement devices – while others have been distorted beyond recognition over time due to translation and copying errors. To the human eye, nevertheless, much of the language of our seeable universe is Arabic.

Astronomers of the Islamic Golden Age built astronomical instruments such as sundials, astrolabes, quadrants, celestial globes and armillary spheres, as well as observatories such as that constructed by Abu Abdallah Mohammad ibn Jabir ibn Sinan al-Raqqi al-Harrani al-Sabi al-Battani in the city of Raqqa, in northern Syria. Astronomers also played an important role as a bridge of knowledge and learning between Ancient Greece and the European Renaissance.

“The Arab world must regain its historic place as a pioneer in astronomy and the applied sciences,” says Omar Samra, an Egyptian adventurer and citizen scientist astronaut candidate at the NASA supported PoSSUM (Polar Suborbital Science in the Upper Mesosphere) programme. “The Arab Group for Space Collaboration, including 11 Arab states, is a decidedly important and promising step for the industry and our region. As an Egyptian, I’m delighted that my country is among those states and that it recently won the bid to host an African Space Agency HQ in Cairo.”

Such a unified move is understandable. As humanity moves further into the solar system it is believed that space exploration will improve life on Earth by advancing scientific knowledge and discovery, driving technological development and providing economic opportunities across multiple industries.

The UAE and other countries in the Arab world want to ensure they are an instrumental part of this journey of discovery.

The 813 multi-spectral satellite will monitor the Earth and measure environmental and climatic elements in a number of Arab countries, as well as vegetation, soil types, minerals and water sources, measuring greenhouse gases, pollution and dust levels as well. It will be funded by the UAE Space Agency and will be developed by Arab engineers at state-ofthe- art facilities at the National Space Science and Technology Centre, at the UAE University in Al Ain, the only research space centre of its kind in the Middle East.

The development of the satellite will take three years and will have a lifespan of about five years. It will also have a polar orbit of 600 kilometres. The data will be sent to a ground station in the UAE and receiving stations in some Arab countries for the benefit of a number of environmental authorities, municipalities and institutions concerned with the agricultural sector and urban planning industry.

The 813 multi-spectral satellite will monitor the Earth and measure environmental and climatic elements in a number of Arab countries, as well as vegetation, soil types, minerals and water sources, measuring greenhouse gases, pollution and dust levels as well

“Exploration of space is a collaborative effort,” says Ahmed Farid, an Egyptian spacecraft controller at the German Space Operations Centre, in Munich. “Our knowledge of science and exploration is not yet that advanced. We are still struggling to land on our neighbour planet Mars, our climate changes are degrading our water resources, and humanity is facing many diseases.

“The exploration of space can help us with all of these problems. I’m also a citizen astronaut scientist candidate for a suborbital mission that is helping scientists and researchers dig further into climate change problems by floating above the mesosphere layer, collecting samples and capturing images. We need space for that. We need IVA (Intra-Vehicular Activity) training for that.

“We can also make breakthroughs in medicine. Our medicine is not advanced enough yet to diagnose some of the diseases that suddenly appear and have no solution. Space experiments on the International Space Station (ISS) are hoping to help change that. Some viruses are hard to be diagnosed on Earth because of gravity and way easier in microgravity.”

Although Saudi Arabia recently launched its own space agency and Cairo will host the African Space Agency, the UAE is leading the Arab world’s space initiatives and was instrumental in the formation of the Arab Group for Space Collaboration.

On 25 September, Hazza Al Mansouri will become the first Emirati in space. The astronaut will also blast off on a mission to the International Space Station thanks to an agreement between the Mohammed Bin Rashid Space Centre and the Russian space agency Roscosmos.

The programme forms part of the UAE’s wider mission to become a global leader in space exploration over the next 50 years, with the country investing heavily in science programmes, not only to help serve national interests but to explore the prospects of human life in space. It has also launched a plan to colonise Mars by 2117 and, through the Emirates Mars Mission, is planning to send an unmanned probe to the planet in 2020, making it the first ever mission to the Red Planet by any Arab or Muslim country.

“The Emirates Mars Mission is one of the biggest space missions worldwide, not just in the Middle East,” says Farid, who is also an astronaut scientist candidate at PoSSUM. “With that mission the Arab world is once again helping humanity in the realm of space exploration. The UAE Space Agency is very successful at the moment with its programmes and will impress the world again and again with what they are capable of.

“The Emirates Mars Mission
is one of the biggest space
missions worldwide, not just
in the Middle East. With that
mission the Arab world is once
again helping humanity in the
realm of space exploration”
FARID, ASTRONAUT SCIENTIST
CANDIDATE, POSSUM

“But space is also cooperation. What can you do and how can you be part of a collaborative effort to successfully explore space, to help humanity combat climate change, and to make breakthroughs in medicine? Everyone on this planet should be a part of it, no matter their race or the continent they live on. Once you become an astronaut and look at the Earth from space, you won’t see borders, you will see a peaceful blue dot that has the only known life in the universe today.”

11 ARAB STATES PARTICIPATING IN THE ARAB GROUP FOR SPACE COLLABORATION: