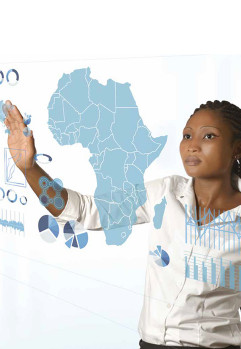 Africa’s tech industry has largely been a male-dominated arena, with a handful of women claiming a share of this fast-growing sector. But that is now a matter of yesteryear.

The list of African women launching brilliant, successful innovative tech companies is growing. According to Women in Tech Africa, a blogging platform, sub-Saharan Africa is registering the highest number globally of women pioneering in business, with Ghana and Uganda showing a vibrant market for women-led companies as per the MasterCard index of women’s entrepreneurship.

Linda Alinda Ikanza first entered the global scene during the 2019 Innovative Justice awards held at The Hague Institute for innovation of Law (HiiL) in the Netherlands.

The young Ugandan lawyer is the innovator of the employee rights app known as Nkola, which uses technology to resolve or prevent disputes at the workplace.

She is the team leader at Tunga Innovations Ltd, a software innovations company incorporated in Kampala, Uganda. The app is intended to inspire a culture of hard work and personal sacrifice.

“We believe that workers and employers should have at their disposal tools that enable them to resolve their issues quickly and in healthy ways. Technology makes this possible,” reads a statement on the app developer’s website.

Alinda believes that women, as the group that faces the blunt side of most challenges, need to be part of the solutions to the challenges they face.

“Women innovators must be aware of the barriers they face and collaborate more to break them. We don’t have the luxury of reinventing the wheel. Instead, we should ask how we can build onto each other’s work and networks to bring innovation that works for women,” Alinda said.

Ethiopian entrepreneur Samrawit Fikru is the woman behind Ride, Ethiopia’s version of Uber.

The app is owned by her software applications development company, Hybrid Design Plc. It started out as an SMS text-based service until March 2017, when Samrawit upgraded it to enable clients with smartphones to conveniently call taxis to their location.

She had the idea to develop the App after experiencing problems with hiring late-night taxis from a company where she had been hired as software developer.

“I used to constantly find myself at the office late at night and challenged by the transport hurdle while heading to my home. I used to feel unsafe while taking a taxi…the driver also asks you to pay more than two times the price they charge in a day,” she is quoted by www.theprepaideconomy.com

Within two years, she had about 6,000 drivers registered on her Ride app. Her challenge is Ethiopia’s not-so-well developed IT sector, which makes it hard for many to accept the changes that come with technology.

Enonchong is the founder and chief executive officer of AppsTech, a provider of enterprise application solutions, with clients in more than 50 countries spread throughout Africa, Europe and North America.

In a blog, Enonchong says she almost had no money at the time she set up her company 20 years ago.

“In 1999, I set up AppsTech to provide enterprise software solutions, primarily around Oracle technologies. I started with literally no money and despite my best efforts, never raised any funding,” she wrote.

From scratch, AppTech is now a multi-million dollar global company that has over 350 employees.

“I realized by developing my plan that the type of customers who most purchased my offerings were multinational. That meant that I also needed to be a multinational. How a one-woman company becomes a global business can be summed up by one word; the internet,” Enonchong states.

With a number of awards to her name, Enonchong is deeply involved in promoting tech entrepreneurship in Africa.

Kenya’s Judith Owigar was part of a group of young women working in the tech sector who, in 2010, convened at iHub in Nairobi, Kenya. Their discussion gave birth to AkiraChix, an organization intended to change the landscape of the tech field by introducing more women to technology. She co-founded it with Angela O. Lungati, Linda Kamau, and Marie Githinji.

Owigar was to later start JuaKali, an online directory for Kenyans employed in the informal sector. JuaKali is a Swahili term used to refer to those who work under tough conditions or the hot sun –skilled manual workers.

The service allows its users to create an online profile showing their expertise, connecting them with institutional and individual clients.

According to her website, http://www.judithowigar.com, Owigar uses technology as a catalyst for positive change.

“I am interested in the intersection of women, youth, technology and entrepreneurship,” she states on her website.

Owigar holds a conviction that “exposure, education and use of technology can increase the quality of life and as such change the world.”

She serves in the Swedish Program for ICT in Developing Regions (SPIDER) board, the Lumen Labs board, the Africa WeTech (Women Enhancing Technology) Leadership Council.

In July 2015, former US President Obama addressed an audience of Kenyans at the Safaricom stadium in Nairobi and mentioned two Kenyan women whom he said had given him hope.

Jamila Abass was one of the two women who impressed Obama with her innovation of an award-winning software designed to help farmers trapped in subsistence agriculture move into commercial farming.

Through her mobile app, M-Farm, farmers are linked to markets plus real-time access to information. The App also offers a platform for knowledge exchange, aggregation, and opportunity spotting that shifts them into productive commercial farming.

She co-founded M-Farm in 2010 with two other young Kenyan women. This was a year after she graduated with a BSc Computer Science from the University of Abdelmalek Essaadi, Morocco. After her graduation, she moved back to Nairobi to join a growing community of Kenyan tech-prenuers.

“Everyone was creating something. I wanted to create something that would help the ordinary Kenyan, the Kenyan who farmed with a handheld hoe, without market information, without ready buyers for her crops — but with a great deal of knowledge about farming, and with a cell phone in the pocket,” she stated in an article she penned for The East African newspaper.

Currently the Kenya country manager of Wefarm, Jamila describes herself as an entrepreneur with a humanitarian heart who seeks to create digital solutions for small-scale farmers who are highly vulnerable to the effects of climate change.

She has many accolades to her name, including 2015 New African Woman of the Year, Forbes 10 Female Tech Founders to Watch and 20 Young Power Women in Africa, Quartz’s 30 African Innovators as well as 2015 100 most influential Africans.

She is also an Aspen New Voices, Poptech, Unreasonable and an Ashoka fellow.

Sherifah Tumusiime is the co-founder and CEO at ZimbaWomen, an IT solutions company based in Kampala, Uganda.

The platform specializes in providing technical and software solutions for small and medium enterprises (SMEs) that enable them to manage and scale their businesses more professionally.

Currently, Tumusiime is working with over 1,000 women entrepreneurs in Uganda, Kenya and Rwanda through her platform.

“We particularly look out for female-owned or run startups,” Tumusiime said.

To realize her aspirations, Tumusiime has worked with organizations such as the World Bank, Facebook Africa and the State Department of the United States.

“Women have to play a critical role in solving Africa’s poverty problems. Africa is still largely poor, and its women mostly feel the brunt of Africa’s poverty. So, by women innovators coming up with innovations that address the problems that are mostly suffered by women, like in reproductive health, education, access to finances, access to markets, they address a critical area needed for the development of Africa,” Tumusiime says.

Her passion for technology led her to supporting local startup ecosystems, and she has been invited as a speaker to different tech events, including Rightscon, Silicon Valley 2016 and Shoko Digital Festival, Harare 2016.