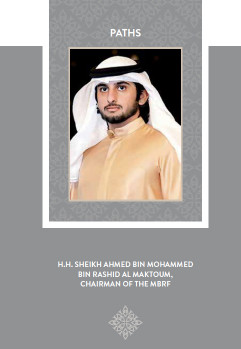 Tolerance as a Lifestyle in the UAE

Tolerance is the United Arab Emirates’ message to the world. It is a well-established value in our beloved country. Any visitor or resident can witness the creative diversity that exists in the UAE. People from different countries co-exist in cooperation and love. We do not notice this only in faces or smiles that touch our hearts gently everywhere, but in the many cultures in different parts of the country. One can confidently say that the UAE, with a warm heart, welcoming borders, and inherent values, is a microcosm of the wider world.

The amazing cultural diversity in the UAE can be seen in various aspects of life: in fashion, restaurants, ideas, places of worship, languages, and in the character of every human being, whatever their intellectual background. The UAE society does not reject the other, but rather gives them space and opportunity. It accepts, welcomes, and accommodates difference, and does not view difference as an obstacle, which confirms that tolerance in essence is a strength. Only the weak need distinguish themselves from others. A tolerant person is more confident in themselves and their ideas and visions, and here we understand well the words of His Highness Sheikh Mohammed bin Rashid Al Maktoum, Vice President and Prime Minister of the UAE and Ruler of Dubai “The strong man is the one that is more capable of accepting diversity and disagreements.”

TOLERANCE IS A FORCE THAT DRIVES THE
COMMUNITY FORWARD. WE TEACH OUR YOUTH TO
WELCOME AND RESPECT DIVERSITY.

The UAE has lived and breathed tolerance for many decades, practiced by all its population, both citizens and expatriates. The value of tolerance is planted in the land, based on the teachings of the true religion of Islam and the authentic Arab values. Our wise leadership realized that opening up to others and accepting them and helping them did not require any effort. They are values infused in our education, practiced at home and in the councils, encouraged in a desert environment that teaches people the need for unity and solidarity, and a sea that welcomes everyone. Our leadership realized that tolerance was a way of dealing with the world, so that it has become synonymous with the UAE in many forums and countries. Today, UAE is a safe land in which anyone can live in peace, work, and create.

At the end of last year, our wise leadership considered tolerance to be a strategy and a comprehensive vision. It established the Supreme National Committee for Tolerance, The year 2019 was proclaimed to be the Year of Tolerance, in which everyone examines the value of tolerance and its significance from various aspects. Tolerance is linked to a wide range of values such as peace, happiness, security, respect for the law, a decent life, etc. These values have become a daily reality, with laws, ministries, and work organizations all strongly linked to tolerance. In fact, speaking about each value needs special articles, research and books in order to understand the UAE’s unique relationship with these values.

As his Highness Sheikh Mohammed Bin Rashid has said: “Tolerance is not a slogan, but we live it a lifestyle.” This is a smooth, fresh, wise, and honest statement based on conviction and daily practice.