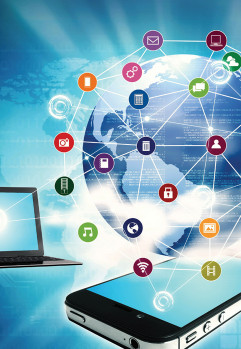 The Journey Of Creative Innovations

I’ve recently presented ‘Origins: The Journey of Humankind’ on National Geographic. In these episodes, we focus on moments of humanity’s future transformation, moments like the one we are now living in the Fourth Industrial Revolution. I remember a phrase which says, “There are decades where nothing happens; and there are weeks where decades happen.”

This is the best quote for describing what is happening in relation to the fast technologies. What is said about the industrial revolution goes beyond our energy, and the digital revolution goes beyond the limits of our minds. As the philosopher Marshall McLuhan said, “The artist who recognizes that the future is the present, uses his work to prepare the ground for it.”

Cognitive philosophers David John Chalmers and Andy Clarke in their extended mind theory referred to technology as scaffolding for our minds which we use to extend our thoughts, reach, and vision. This is always the case. If you go back thousands of years to the Savannah forests in Africa when the first primitive man used the stick to reach the fruits on high trees, it is like using the tool or means to expand our reach, redefine our boundaries, and transcend our limits. We did not stay in the caves and our activities are not limited to this planet, and soon we will cross the boundaries of bioscience. Technology is always changing how we are.

McLuhan also said: “We are building the tools, but guess what, these tools build us right back!” Again, everything we design in this world is designing us. It is like a continuous process, the so-called Self-Amplifying Feedback Loop. So, we build tools and these tools change what is available to us, because by using these tools, we do not need to create other tools. It is like a train on the rails, how far will it go and how fast?

We are living in a world of radical disruptive innovation, this is the name of the game, and this is the world which we love. Although people always love the new, there is always a fear of change, because change is scary and changes the status quo. Living in a world of rapid exponential change as we do, given these radical disruptive innovations and technological transformations, you may feel as if earthquakes are under your feet.

There is a futurist and engineer working for Google named Ray Kurzweil. When I read his book about technical singularity, The Singularity Is Near, my world changed, because he was the first person who explained to me why the technological changes that are taking place in the world were so rapid.

You may be familiar with Moore’s law used in Silicon Valley, which observed that the number of transistors in a dense integrated circuit doubles about every two years. Kurzweil expanded on this idea with his law of accelerating returns, which contributed to his success in predicting the speed of technological developments that we are witnessing. I used this example last year, but I would like to clarify the difference between linear change and exponential change, so that this technological momentum is not surprising, and we’re ready to raise these disturbing innovations to make the world better.

This is the difference: our human minds have evolved in a linear and local world. When we think about change, we will see it innate and linear, related to what we wish. Hundreds of years ago, when the lion was attacking us, we had to calculate linearly the speed of the lion to reach us. This is innate, the linear calculation and change over the time.

This is what we believe, but technological change is not linear. We know that we use the expression of exponential change, and while we continue to use it, we must recognize the difference. For example, Kurzweil points out that when you take 30 linear steps, you will get to step 30. It is simple, 30 linear steps simply mean 30 steps. But 30 exponential steps mean millions of steps. That is why smartphones are small, millions of times cheaper and thousands of times more efficient. Forty years ago, we used to use a USD 60 million giant computer the size of a building. This USD 60 million giant computer the size of a building got replaced within 40 years by a small device that you put in your pocket, but which is also thousands of times more efficient.

We have to prepare the atmosphere and prepare
ourselves to keep up with the exponential change,
and you know what is also required from us—to
develop ourselves radically. If we do not change
ourselves, change will come from outside.

What do you think we should do? We have to prepare the atmosphere and prepare ourselves to keep up with this change, and you know what else is required from us—to develop ourselves radically. If we do not change ourselves, change will come from outside. In fact, there are three overlapping revolutions to which attention should be paid: genetics, nanotechnology, and robotics and artificial intelligence.

Jason Silva is the Emmy-nominated host of the National Geographic Channel’s #1-rated and Emmy-nominated series, ‘Brain Games’, seen in over 100 countries. Jason is the creator of the web series ‘Shots of Awe’, micro-documentaries exploring creativity, innovation, technology, futurism, metaphysics, existentialism, and human condition. His videos, which “play like movie trailers for ideas,” according to The Atlantic, have spread like wildfire across the internet and have been viewed more than 13 million times. Jason has also created the web series ‘Future of Us’ for AOL, exploring exponential technology and the future of humanity.