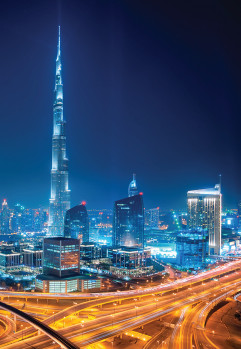 An Impressive Leap in the 2018 Global Knowledge Index

The UAE’s Global Knowledge Index initiative, comprising seven pillars and with comprehensive coverage of 134 countries, is fast becoming an important knowledge reference for the world. The Index is a comprehensive reference source that can be a useful guide for the world’s decision makers, researchers, analysts, scholars, and thought leaders.

Of the seven sectors covered, three are various branches in the education sector: pre-university education; higher education; and technical and vocational education and training. The other four other sectors are: information and communications technology; research, development and innovation; economics; and a generally enabling environment. The Index covers 133 variables in total. The number of participating countries notably increased last year from 131 to 134. Each country must obtain an internationally-independent assessment in the seven aforementioned pillars.

A big challenge with this initiative is ensuring reliability of data. This can also be seen as an opportunity, however, providing an incentive for participant countries to improve the quality of the data the submit internationally by providing for a truly independent and globally-recognized assessment on all metrics. If a country is serious and sincere about wanting to nudge its economy in a more knowledge-based direction, they can and must find the means to do this by gathering the necessary information in a transparent manner.

It is said that ‘with knowledge we flourish’ and with that in mind the Index should serve as more than an abstract indicator but rather as a true compass for decision makers seeking prosperity for their people. ‘Decision makers’ extends beyond political leadership—it also includes the researchers, scholars, and academics who advise, inform, and hopefully guide the leaders.

In order to ensure that the data in the Index is well documented and reliable, it goes through three phases of scientific scrutiny. First, the Index is compiled by a team with specialist knowledge of the seven covered sectors. Second, there is a peer review process that involves brainstorming sessions with specialists from each sector from many countries and all regions. And third, an additional technical review is conducted by international experts in the seven sectors.

To ensure credibility, good governance and transparency, the Foundation and UNDP separated the Index’s structure from the data collection process. The Index and its components were determined by the central report team, which included specialized members of high professional and academic repute. Meanwhile, the data collection and calculation of the indicator processes was completed by a fully separate professional team under the direct supervision of UNDP specialists.

This was done to ensure that none of the experts on the central team interfered with the results or formulated indicators to favor one country or another. The country that developed the Index, UAE, was subjected to the same degree of transparency and good governance in the data collection and classification and index calculation process as the other 133 participating countries.

Having secured a ranking a 25th in the 2017 Index, UAE worked hard to improve on that score. Its efforts have reaped rewards as it made a qualitative leap in the Index, reaching 19th place in the world in the latest edition. In doing so, UAE maintains its lead position in the Arab world, an impressive 24 places ahead of the next Arab country. Its six-rank jump was the largest of any country covered by the Index in a single year. The country puts it on a par with knowledge- based economies like South Korea and France, only a degree or two below Germany and Norway, and only 10 points away from the leading position in the Index.

Drilling down into the seven sectors, UAE ranked second on the ‘economy’ pillar, preceded only by Singapore, which held onto the pole position. It is worth noting that UAE was ranked first in the world for economic openness, which is a measure of the level of openness in trade exchanges. This pillar also covers the so-called creative economy i.e. the cognitive variables that indicate levels of creativity, and openness to creativity in a nation’s economy. UAE ranked second globally in this variable, a tribute to the push in this direction made by the state and leadership, especially in the fields of creativity and innovation, artificial intelligence, and the data-driven Fourth Industrial Revolution.

Turning to other sectors of the Index, it is remarkable that various education indicators have evolved substantially, something that no other country has seen at regional and global levels. The level of preuniversity education in UAE improved from 16th place in 2017 to 13th place in 2018. It improved 10 places on technical vocational and educational training, jumping up from 24th to 14th place. It is vital to build and maintain momentum in this sector because it strengthens the capacity of our youth and supports the labor market by providing it with the professional and technical skills it actually requires.

On the university education ranking, UAE improved significantly too, from 27th to 20th place, indicating that education overall is a priority sector for the country. Indeed, UAE’s advances on the three education pillars contributed significantly to its overall jump of six places.

As for the other sectors, on information and communications technology, UAE secured a ranking of 16th in 2018, up from 23rd place in 2017, testament to government efforts to advance in tech, including by fostering smart applications and ushering in a datadriven Fourth Industrial Revolution. Those efforts have borne fruit, as evidenced by its seven-place jump on this metric.

On the pillar of research, development and innovation, the country climbed one place from the previous year, from 37th to 36th. This suggests that there is a need to bolster support for scientific research centers and universities. This might be the sector that gets the greatest attention in the near feature, mindful that UAE declared 2016 to be the year of innovation, and February of each year as the month of innovation, with all sectors encouraged to showcase their achievements and innovative projects at this time. The path to further improving the country’s ranking in the coming years is clear and an ambitious goal has been set of climbing into the top five positions within the next three years in this area.

On the ‘enabling environments’ metric, UAE rose six positions, from 46th to 41st place. On variables within this category, UAE’s scores were mixed. For example, for ‘government effectiveness’ it was ranked 19th place, For the empowerment index, especially gender empowerment, the country was ranked in 9th place, for per capita income 6th, and for low unemployment 10th in the world. But there is definitely room for improvement, notably in in the fields of environment, energy consumption, and levels of gender participation in the labor market.

However, it is worth noting that the government is leading an initiative to diversify energy sources, especially by developing the renewable energy sector. It also supports policies to preserve the environment and to reduce greenhouse gas emissions. Several environmental projects have been launched, especially in the fields of energy generation and transport. The UAE in general, and Dubai in particular, is exploring how to generate more clean energy, drawing on best practices observed in the world today.

The state is actively promoting women’s participation in the labor market and in leadership positions. There are many initiatives by the state and private sector to encourage women to advance to leadership positions. For example, the legislative council is headed by a woman, a first for the Arab region. In the executive arm, women occupy advanced positions in ministries and public institutions. His Highness Sheikh Mohammed bin Rashid Al Maktoum, May Allah Preserve Him, has decided that women will occupy 50 percent of government posts, especially in ministries, by the year 2020.

The Global Knowledge Index is a great addition to the global canon of knowledge, providing free, independent, and highly reliable guidance for decision makers, researchers, and specialists globally. It should serve as a road map for countries wishing to navigate their economies in a direction that makes them more innovative, knowledge-based, and empowered.

Of the seven sectors measured, UAE is pleased to have increased its position in six. Others countries can draw similar benefits from the Index as they seek to advance in the areas of education, technology, innovation and creativity, scientif ic research and development, economics, and an enabling environment.