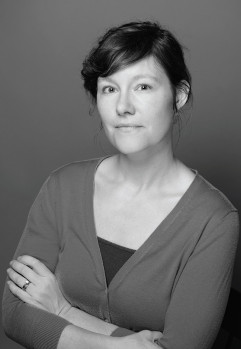 ArabLit: Window to the World of Arab Culture

Why is a journalist from the United States passionately promoting Arabic literature through an Englishlanguage website? Who is this journalist? What is she contributing to Arab culture?

Marcia Lynx Qualey is an independent American journalist based in Cairo. She holds a master’s degree in creative writing from the University of Minnesota. She is editor and founder of the website www.arablit.org which specializes in publishing Arabic literature in English. Her website also publishes a specialized quarterly magazine and awards an annual prize for translating short stories from Arabic to English.

ArabLit is one of the most active and dynamic web-based publishers of Arabic literature in English. It keeps abreast of latest developments in the Arab literary scene, including children’s literature.

In March 2017 Marcia won the Literary Translation Initiative at the London Book Fair in recognition of her achievements in fostering cultural understanding that transcends the borders of the Arab world. She is a prominent journalist who has published articles on Arabic literature in several newspapers, including The Guardian. She also works on many Arabic literature projects including ‘kitabsawti’ and ‘The Library of Arabic Literature.’

She began learning Arabic in 2001 after her first visit to Cairo since when she has developed an enduring affinity to the Arab world, especially its literature. Flashes asked her about her work promoting Arabic literature, embracing creative talents in translation, publishing a literary magazine, launching a prize for short story translation, and more:

How do you manage and update the website and how do you choose the news and content in general?

Fortunately, a lot of people send me ideas, suggestions, updates, and news. The question is always finding the time to put these ideas together. In the future, I would like to see a website similar to ArabLit, that had an editor- in-chief who is paid for their work and can do it full time. There is a website called Arab- Stages that has some interesting work centered around Arabic theatre. They are funded by the Martin E. Segal Theatre Center.

ArabLit has a varied audience: readers range from young students to professional academics, translators, and authors. So I try to choose things that will be of interest to as wide a group as possible. The site desperately needs a re-design and a re-think, in order to better organize its content for those different audiences. But I don’t have that sort of time or expertise.

What impact do you think the ArabLit Story Prize has made in promoting Arabic literature?

You recently started to publish the ArabLit Quarterly. How can you afford the printing? Does the content differ from the website?

I don’t pay for printing, since we use Amazon’s ‘print on demand’ option. This has a lot of drawbacks, but I don’t have the money to invest in printing. The money we get from magazine sales goes directly to contributors. I think we are $1 ahead for the Winter/ Spring issue; that $1 will go toward paying the summer contributors.

The website and magazine are very different. The website is largely reactionary; I am mostly responding to things out there in the world, without taking the time to envision or foster new creative work. ArabLit Quarterly, I hope, is a place for more thoughtful work that is determining its own direction.

As a specialist in the subject, how do you find the state of contemporary Arabic literature?

I wouldn’t call myself a specialist. There are many amazing academic specialists out there. I’m a generalist. I’m not focused on the nahda in Lebanon or on mid-twentieth-century Egypt, or graphic novels, or autobiographical writing, or science fiction from the Maghreb. I’m interested in everything! I love good children’s picture books as much as I love sophisticated literary narratives. Contemporary Arabic literature is a tremendously wide and varied space. I suppose what’s common to all of it is the obstacles: inadequate distribution networks, inadequate or absent public libraries, difficulties in finding financial support, public distrust and scapegoating, difficulties in reaching the right audiences. Yet authors persist, as authors do.

How can a genuine relationship be built between the English language reader and Arabic literature?

I think projects such as koreanliteraturenow. com and the Literary Translation Institute of Korea provide good maps for what’s possible. However, these sorts of projects would take disinterested—or at least non-censorious— funding.