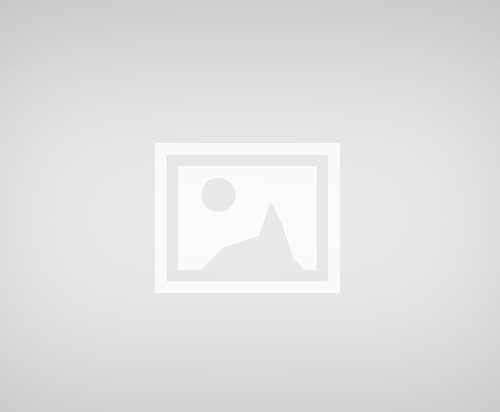 The Mohammed bin Rashid Al Maktoum Knowledge Foundation (MBRF) launched the seventh edition of the ‘Bil Arabi’ initiative to great support and participation from public and private entities and establishments, who sought to support the Arabic language and promote it on an international scale.

“The initiative’s success and repute over the past few years would not have been possible if it weren’t for the support our strategic partners in the government and private sectors provide, in addition to the close attention and involvement from officials and members of the community,” said His Excellency Jamal bin Huwaireb, CEO of MBRF. “This asserts, year after year, the attachment of Arabic speakers to their language, wherever they may be.”

H.E. Saeed Mohammed Al Tayer, Managing Director and CEO of Dubai Electricity and Water Authority (DEWA), said: “DEWA’s support for ‘Bil Arabi’ proves our commitment to protecting the key components of our culture and identity, and our belief that preserving Arabic is a national, religious, ethical, and societal responsibility for all organisations in Dubai. We work in line with the words of His Highness Sheikh Mohammed bin Rashid Al Maktoum, Vice President and Prime Minister of the UAE, Ruler of Dubai, who said: ‘Our national identity is integrally linked to the Arabic language, which serves as an effective medium to express our values, culture and heritage.’”

Meanwhile, Dr Ismail Abdullah AlBloushi, Advisor at the Ministry of Defence, explained that the Ministry’s sponsorship of the initiative stems from its belief in enhancing joint cooperation with partners in various sectors and disciplines. “This builds on the Ministry’s approach to support inclusive nation-wide strategies and initiatives, highlighting its interest in communication and interaction, and its pioneering role in strengthening national identity,” he said. “The Arabic language is a cornerstone of Emirati society; it allows the Emirati people to express their Arab identity, deeply rooted in their history, civilisation, and heritage.”

For his part, Abdulla Al Nuaimi, Chief Officer – Shared Services at the Abu Dhabi National Insurance Company (ADNIC), noted ADNIC’s dedication, for the third consecutive year, to supporting the Arabic language as a major component of Emirati culture and identity.

Ahmed Saeed Al Mansouri, Director General of Television and Radio Channels at Dubai Media Incorporated, applauded the ‘Bil Arabi’ initiative for adopting and implementing ideas presented by Emirati youth and university students for the United Nations’ Arabic Language Day on December 18 of each year – an occasion that seeks to promote the use of Arabic in online and social media.

On the same note, Bashar Kikoloff, Country Manager for the UAE at Aramex, said: “We are dedicated to being part of this initiative every year. This reflects our belief in its importance and the great role it can play in promoting Arabic among the languages ​​of the world, raising awareness of community members about the importance of using it in their everyday life. We thank MBRF for giving us the opportunity to contribute to the success of this initiative.”

Meanwhile, Ahmed Al Alawi, Director General of the Al Ain News Network, stressed that sponsoring the initiative comes in light of MBRF’s general policy to support the Arabic language, enhance its status, showcase its aesthetics, and protect it from inappropriate external influences. “Our support for ‘Bil Arabi’ is part of our commitment to supporting local and Arab initiatives that preserve our heritage and culture and promote it among the youth,” he said.

Badria Khalfan, Chief Human Resources Officer at Dragon Oil, underlined the importance of the Arabic language and the necessity of preserving it and promoting it among future generations, as a means to enhance their Arab identity and deepen their sense of belonging.

For her part, Nadine Samra, Chief Business Officer – Digital OTT at Weyyak (part of Zee Entertainment), said: “We take pride in partnering with MBRF as sponsors for the ‘Bil Arabi’ initiative. We are working side by side with the Foundation to revive and promote the Arabic language, which is integral to our authentic Arab heritage and history. We are particularly keen on encouraging younger generations to use it correctly and on a large scale.”

Dr Ghad Al Qaisi, Medical Director of the Mawi Centre for Daily Surgery, stated that this interest in and attention to the Arabic language reaffirms the commitment and support among officials to preserving the language and promoting its use in digital and social media.

A number of select sites and shopping centres across all seven emirates are hosting a series of interactive activities under the ‘Bil Arabi’ umbrella. Events are also scheduled to take place in eight countries around the world until UN Arabic Language Day on December 18, 2019.