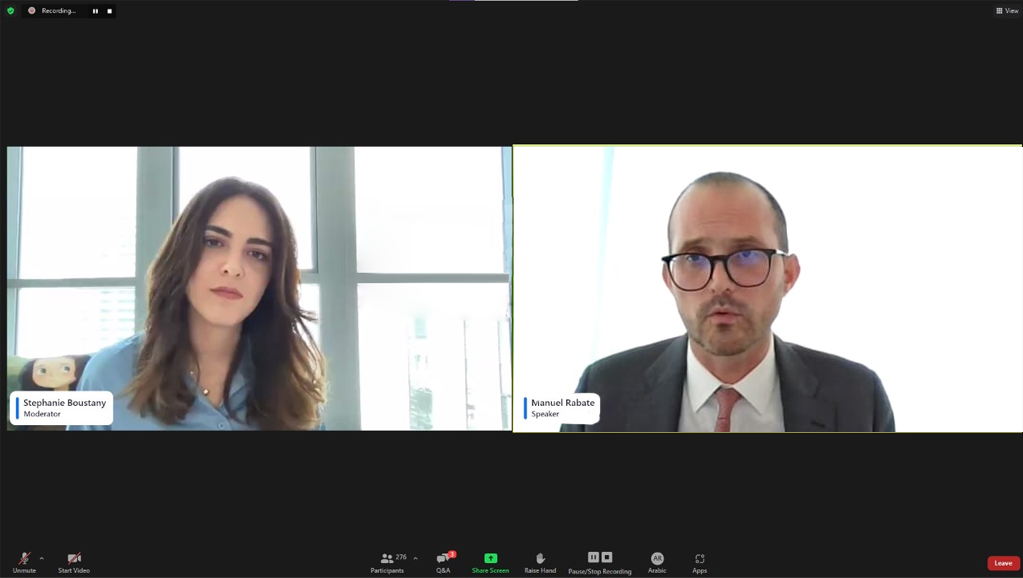 The session included a presentation that combined the concept of museology, its origin and evolution, the developments and early stages of the Louvre Abu Dhabi, and the significance of technology in advancing the role of museums, giving the exhibits and artifacts more relevance in the present era.

Rabaté further highlighted the significance of museology, as it dates back to early 18th century. Recognizing its importance, majority of the countries have embraced this concept to preserve the history and knowledge and enable museum to serve as book that unites and gathers all the previous civilizations, as well as serve as a link which connects them all. The concept of museology further demonstrates various civilization values through several cultural, heritage and historical collections it possesses.

Furthermore, Rabaté also underlined the significance of the art museum, Louvre Abu Dhabi, which serves as a cultural beacon that unites and shed light on various diverse cultures, along with emphasizing on human histories. The structure of the museum is based on the Arabic architecture and Emirati traditions and incorporates a number of different combinations inspired from the Arab environment and culture.

Rabaté stated that this year marks the fifth successful year of the Louvre Abu Dhabi, since its inception in 2017. At present, the museum encompasses a multitude of artifacts, art collections, and scriptures of high historical, social, and cultural significance, which can be traced back to the different communities and cultures that previously prevailed all over the world.

He further went on to highlight the integral role of museums in preserving the history and knowledge and propagating several values to the community. Currently, museums are also incorporating several advanced technological innovations, along with the recent rapid advancements taking place at present. The Louvre Abu Dhabi has employed and leveraged from numerous technologies and innovations, which has particularly helped them during the Covid-19 pandemic, where almost all the museums were forced to close during the time. One of the steps that the museum took to maintain connectivity with the community and provide visitors the chance to see numerous artifacts and art collections in the museum was to offer virtual tours.

Rabaté concluded the session by stating that the Louvre Abu Dhabi is in its final stages to building a lab to examine the materials of artworks, which will play an important role in various studies and research. He further encouraged scientists to utilize the lab for their research and study.

The ‘KnowTalks’ Series strives to address the current pressing knowledge issues by shedding light on the best international practices and experiences. It further postulates solutions to face the challenges hindering the nations' progress and sustainable development.