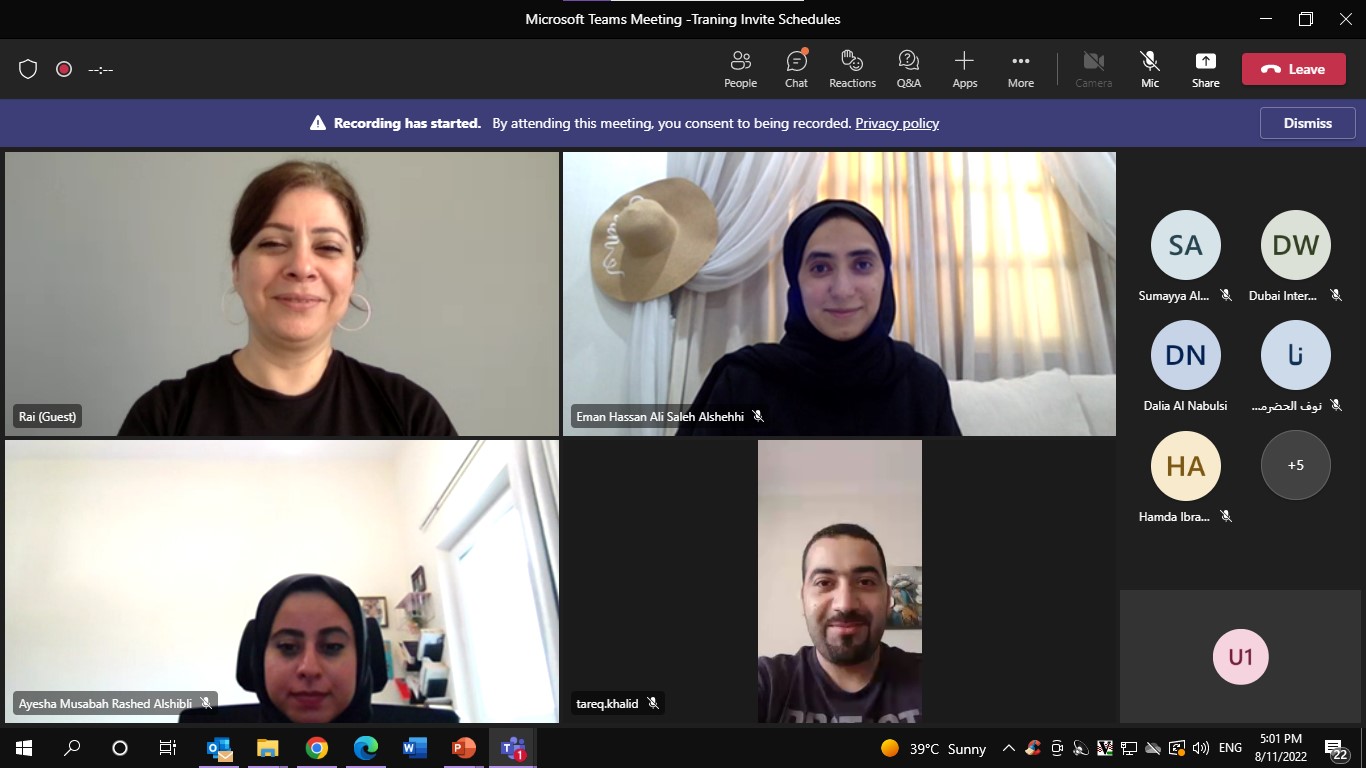 The workshops support the efforts made by MBRF through the Dubai International Program for Writing, to improve the knowledge and linguistic output of the Arab language and to create generations of young authors who can produce exceptional and ingenious literary work, by giving them access to resources that aids in attaining qualitative accomplishments in the field of writing.

The initial workshop titled ‘The UAE Tomorrow: The Emirates After Fifty Years' involved coaching numerous young authors on writing children’s stories, covering all aspects of children’s literature - including how to construct texts with complete elements, how to formulate ideas and its connection to a child's world and interests. The training was provided by Ray Abdel Aal and included extensive brainstorming sessions with the affiliates. The workshop also attempted to take readers on an imaginary journey into the future of UAE through creative texts written during the session.

Ray Abdel Aal emphasized on how crucial it is for the young talents to improve their writing abilities by learning suitable writing techniques and creating integrated literary texts. She also lauded MBRF in pioneering initiatives that fosters the writing abilities of young people and enhance their talents to become future creative writers.

The second workshop themed ‘Dubai Future - Writing for Young People’ was held under the supervision of the instructor Islam Abu Shakir and aimed at training the youth on writing lengthy stories. The goal was to provide narratives that capture the reality of Dubai and envision its prospects in varied fields, as well as the city’s transformations that the world will witness over the course of next 50 years. The first level of this workshop was carried out by scheduling regular meetings, either virtually or in person, and the second level through daily communication with the use of digital tools.

Abu Shakir stated that the workshop was centered on envisioning the future of Dubai, while also capturing the present. Participants were suggested to write lengthy stories about how humans significantly contribute to the developments of the emirate and the nations’ ambitions and plans for the emirate's prosperous future. All these concepts will be represented by the characters and events in the novel and its context will emphasize on Dubai's future built on a robust foundation, which is its present. Abu Shakir also commended MBRF's efforts to create an environment that fosters the intellectual and cognitive excellence of youth by offering them a chance to improve their writing abilities and fulfill their aspirations to become authors and creative writers.

The workshops are among the various initiatives of the Dubai International Program for Writing, which encompasses several knowledge projects and artistic programs aimed at advancing local, regional, and international knowledge movements as well as supporting and empowering young writers. The Dubai International Program for Writing was established in 2013 by the Mohammed bin Rashid Al Maktoum Knowledge Foundation, to organize several programs and projects targeted at fostering knowledge within and outside the nation. Since its beginning, the program has trained over 300 young men and women in the skills of writing, as well as organized training workshops in Kuwait, Bahrain, Tunisia, Morocco, and Egypt. The achievements of the program culminated in a set of books that won prestigious awards.