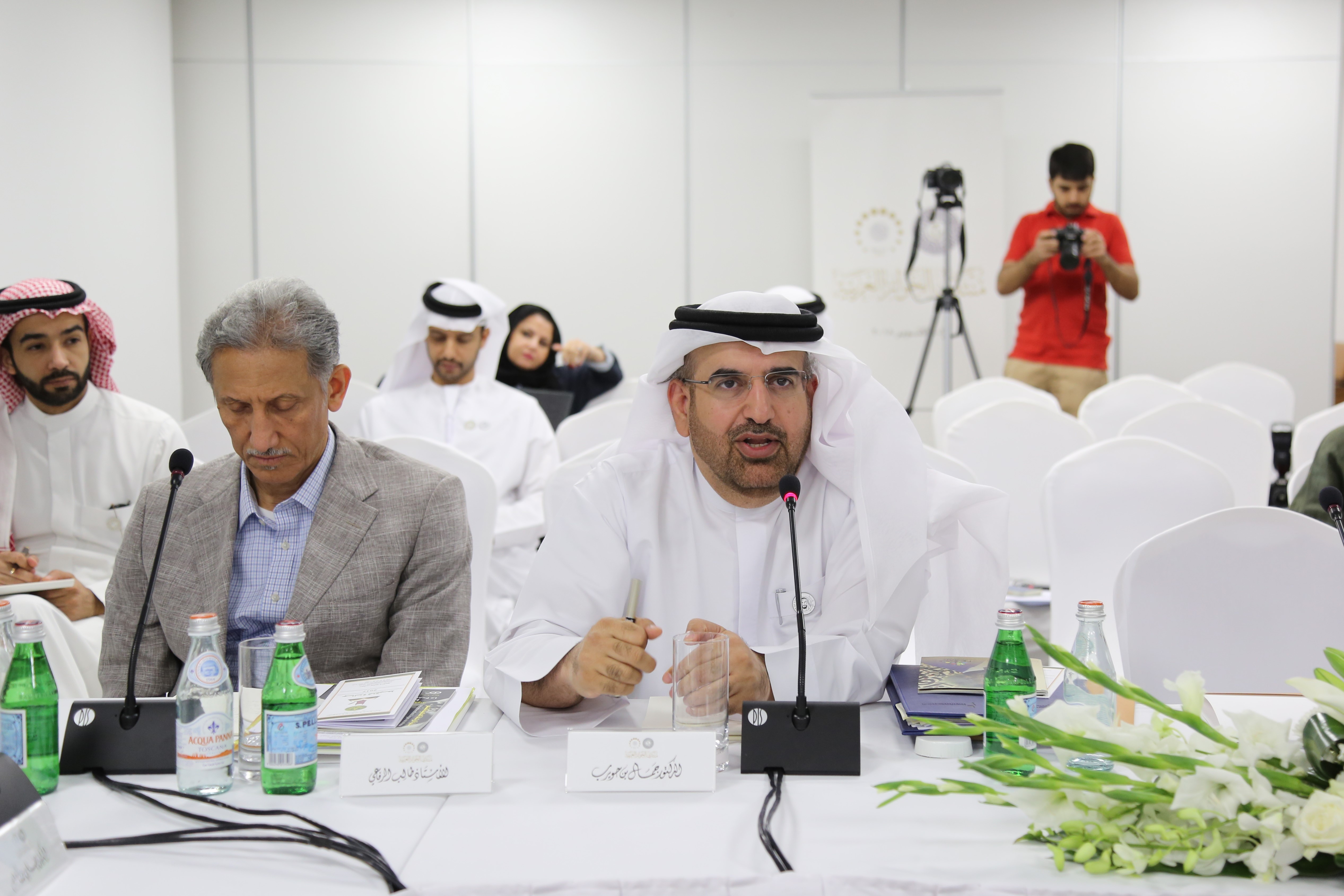 His Excellency Jamal bin Huwaireb, CEO of MBRF, met with officials from various awards to discuss the criteria and procedures for the Mohammed bin Rashid Al Maktoum Knowledge Award (MBRKA), in the presence of Dr Abdulaziz Al-Sabeel, Secretary-General of the King Faisal International Prize, as well as representatives from various Arab awards.

Attendees at the meeting noted the similarities among these Arab awards, as well as the differences. They underlined their importance in promoting and disseminating knowledge, fostering the exchange of expertise, and formulating solutions to address major challenges.

“Establishing the Mohammed bin Rashid Al Maktoum Knowledge Award reflects our wise leadership’s firm belief in the importance of incentivising knowledge professionals and empowering them to develop new and innovative ways to transmit knowledge around the world,” said H.E. bin Huwaireb at the meeting. “It is also a step towards recognising and honouring those who make outstanding contributions to building knowledge economies locally, regionally and internationally.”

“Since its launch, the Award has set itself apart, drawing interest from innovators and knowledge professionals – be they individuals or organisations – from around the world,” H.E. added. “It has truly earned the name it carries, that of His Highness Sheikh Mohammed bin Rashid Al Maktoum, Vice President and Prime Minister of the UAE, Ruler of Dubai, who has long supported innovators everywhere, encouraging them to excel and achieve ground-breaking successes that can transform and improve people’s lives.”

The MBRF CEO explained that the Award has focused from the beginning on honouring knowledge and scientific achievements, championing creative inventions, developing academic and cultural institutions, and supporting print and publishing efforts, which affect positive change in society and facilitate the transfer of knowledge.

The meeting resulted in a number of important takeaways, most notable of which was the agreement to establish an executive council and an electronic portal for Arab awards, as well as to further facilitate cultural cooperation among Arab countries.

The second panel discussion bore the title “Arab Awards: Winners and Impact” and featured Dr Murad Al-Qadri, Secretary General of the “Arkana” International Poetry Award, along with four researchers and innovators who have won distinguished awards in their careers.