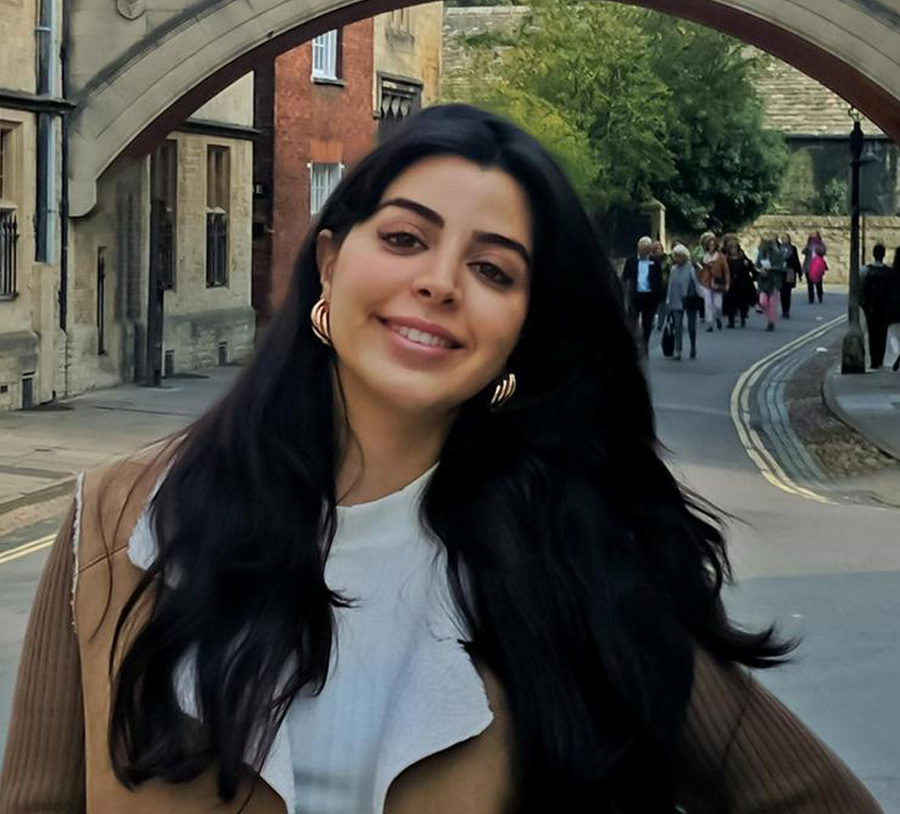 pursue their education in the most prestigious university in the world

A group of Arab students who received the Oxford-Sheikh Mohammed bin Rashid Al Maktoum Graduate Scholarship to complete their higher studies at Oxford University expressed their gratitude to the Mohammed bin Rashid Al Maktoum Knowledge Foundation for providing them with the opportunity to complete postgraduate studies at Oxford University, which enabled them to achieve their dreams to enroll in one of the most prestigious universities in the world.

Karim Almahayni and Rana Al Mutawa valued the generous scholarship which placed them among scholars in various scientific fields to be among future scientists who would serve their countries and return the favor to their nation through their contributions to various experiments and scientific research that benefit all humanity.

Student Karim Almahayni said: “During my time at Oxford, I have developed my knowledge in the field of pharmacology by learning about diseases, pharmacotherapies, and drug properties to help find treatments for addiction disorders. Aside from my studies, I have made amazing friendships with people from all over the world that motivate me to thrive for success, I also developed my social, management and leadership skills.”

Almahayni added: “I enjoyed every second of my time here, and following the outbreak of COVID-19, I volunteered to help the elderly in my neighbourhood which makes me feel good about being a part of the solution albeit on a small scale.”

“Overcoming the geographical barriers and making it to the best university in the world, was a dream that your Foundation helped me turn into a reality. During my time here, I have learnt a lot about myself and the field of pharmacology. I have met inspiring people from across the world and was educated by the best researchers in the field. I will work hard to harness what I have learnt here, to give back to the less fortunate people of my country. I will make use of this exceptional opportunity to develop medicine that will cure diseases and lead the positive change that will rise with our Arab nation.” Added Almahayni.

“I am extremely grateful to the Mohammed bin Rashid Al Maktoum Knowledge Foundation, and I am inspired by its outstanding work in promoting education. I am proud to be the first MBRF Scholar to graduate from Oxford University, and I will be honoured to help you in promoting education, across the Arab countries in the future.” Almahayni concluded.

Student Rana Al-Mutawa expressed the great positive value that she gained through pursuing her higher studies in Oxford, saying: “The Oxford-Sheikh Mohammed bin Rashid Al Maktoum Graduate Scholarship has allowed me to focus on my dissertation and research, so I have been able to do more research, focus on publications and have several papers published in peer-reviewed journals. This year, I published two papers and another one was recently accepted at a high-ranking journal in Middle Eastern studies. It is expected to be published in the autumn of this year.”

“I have been invited several times to speak to students at NYU Abu Dhabi. I spoke there in person earlier this year before the outbreak of COVID-19, and participated in an online class. I have also volunteered to speak about my work with school-age students in London.” Al-Mutawa concluded.