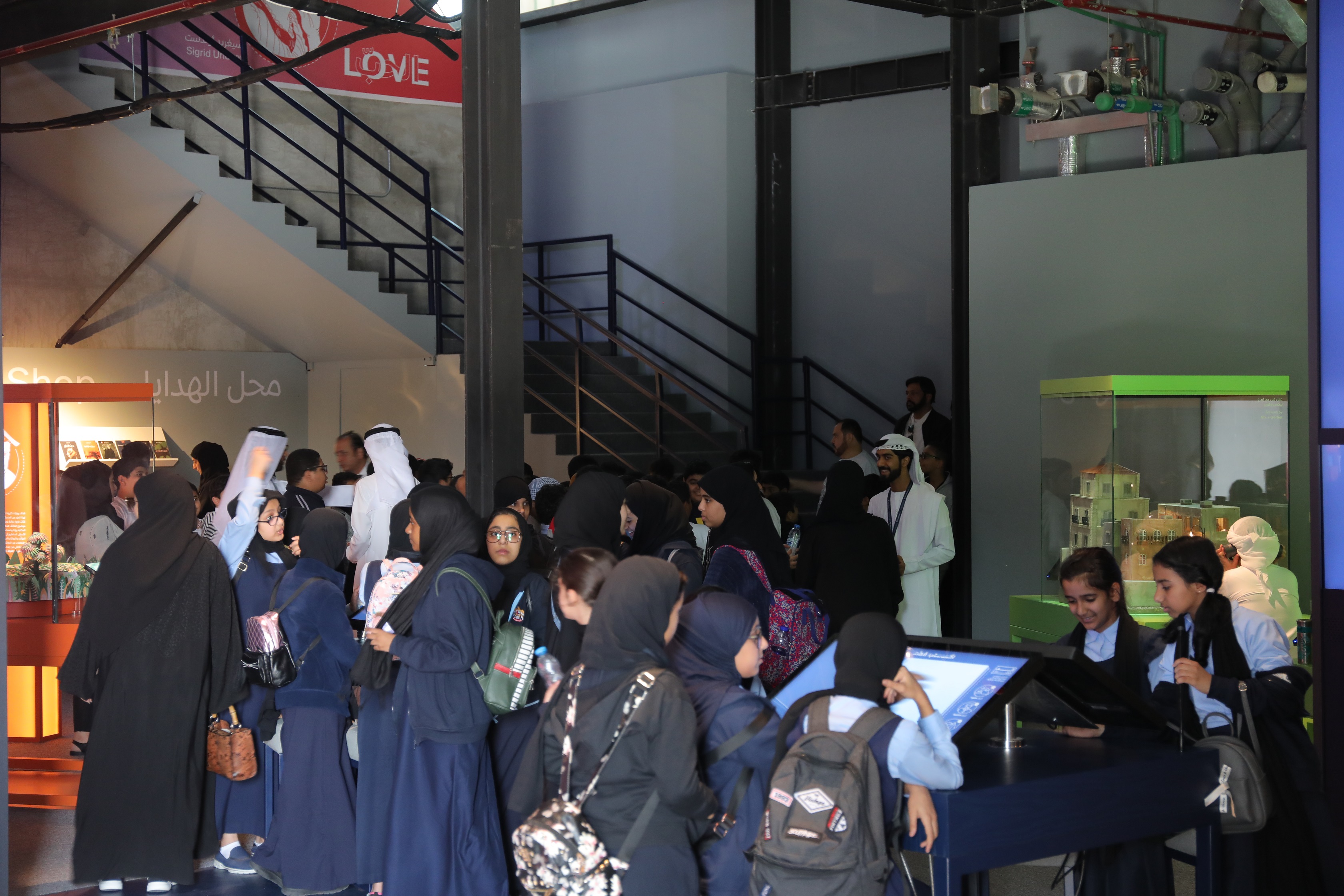 Organised by the Mohammed Bin Rashid Al Maktoum Knowledge Foundation (MBRF) for the fifth consecutive year, the Nobel Exhibition 2019 has so far welcomed 40,000 visitors from all age groups, including actual visitors to the site and virtual visitors from around the world who toured the Exhibition online through MBRF’s website.

The Exhibition was held in Dubai’s La Mer area from February 3 to March 30, 2019, under the theme “The Nobel Prize in Literature – Sharing Worlds”. The event’s agenda of activities attracted significant numbers of school and university students with a series of interactive workshops about the Nobel Prize, presented by experts from the Nobel Museum in Sweden.

The academy evaluates works that it considers to be of high literary quality, regardless of the authors’ background, Dr Källstrand asserted, explaining that in the past, the academy tended to nominate Europeans for the Prize, seeing as its members were more aware of the cultural output of their own geographic environment. Nevertheless, the academy has sought since the 1980s to expand its scope and honour winners from all around the world.

Speaking of the Prize awarded to Naguib Mahfouz, Dr Källstrand noted that it came in recognition of his outstanding literary works, which set the tone for Arabic narrative works as a genre, and introduced techniques that can be implemented in all societies. “The Nobel Exhibition, organised by the Mohammed Bin Rashid Al Maktoum Knowledge Foundation, plays a vital role in spreading the values ​​of science, literature, and peace that the Nobel Prize embodies,” he said, describing the Prize as a “universal symbol of humanity’s struggle for a better world for everyone everywhere.”

Holmberg reviewed several important works that expressed humanity in depth, such as “One Hundred Years of Solitude” by Colombian novelist Gabriel García Márquez, as well as the works of Nobel Prize-winning Belarusian writer Svetlana Alexievich that blend journalism with novel writing, portraying history in the Soviet era. Holmberg additionally shed light on works by African-American novelist Toni Morrison, who won the Nobel Prize for her works centred around the values ​​of tolerance and human diversity.

The Nobel Exhibition 2019 welcomes visitors every day from 10:00 am to 10:00 pm on weekdays, and from 2:00 pm till 10:00 pm on weekends. Visitors from around the world can take a virtual online tour of the Exhibition through MBRF’s official website: https://www.mbrf.ae/en/nobel-museum-virtual-tour