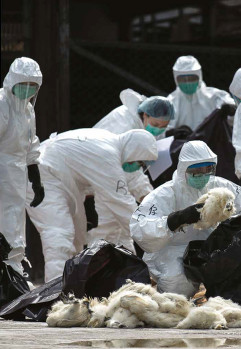 A Strategy to Prevent Future Epidemics

The emergence of a novel coronavirus, 2019-nCoV in Wuhan December 2019 has led to a global response to the first epidemic of this decade. It has also highlighted two key issues: First, China’s rapid and efficient capacity to identify and investigate a newly emerging disease; and second, our continued global vulnerability to epidemics and pandemics.

From the date of the first cluster of cases admitted to a local hospital on December 27, 2019, Chinese scientists identified this disease as a new syndrome, discovered the pathogen as the cause, and reported its genetic sequence to the world in less than 14 days. At the time of writing, we have detailed information on its relationship to other bat coronaviruses, many of which were discovered in a collaboration among EcoHealth Alliance, the Wuhan Institute of Virology, and Duke NUS. We also have data from experimental cell line infections, on the clinical findings, the epidemiology of viral transmission, and on its spread to other countries. These rapid and successful results are a resounding endorsement of China’s emergence as a 21st Century scientific superpower, and of a country with a modern and efficient public health system, technically supported by the China CDC with a system of Provincial and City CDCs that are trained in effective outbreak investigation and control.

Questions about the virus

However, despite these efforts, this novel virus was able to spread via infected people traveling within China and internationally. Furthermore, the mechanism of spillover that led to human infection is still uncertain, although it has all the hallmarks of a bat-origin SARS-related coronavirus (SARSr-CoV). This leads us to two questions that we need to think through even now to get ready to prevent the next 2019-nCoV-like pandemic:

The first question is why did this virus spread so rapidly, and how can we deal with this risk? China has changed signif icantly since the emergence of SARS in 2002–2003. The economy has expanded, and many people have become wealthier, leading to an expansion of air and high-speed train travel. It is estimated that 3 billion individual journeys were planned during the Lunar New Year holiday (Chunyun), around 80 million of these being flights. The flight habits of Chinese citizens have changed also — with many more flying internationally for business or tourism. In addition, since 2003, there has been an increase in travel between China and African countries, across Southeast Asia and into the New World as part of China’s expansion of business and trade. This largely explains why the virus was able to spread out of China much more rapidly than SARS-CoV, which took over 2 months to move to Hong Kong then to the rest of the world.

The second question is what is the source of this virus? The evidence is fairly clear: Most of the initial cases were linked to a seafood market that also sold butchered livestock meat and some wildlife. The virus itself appears to have a wildlife (bat) origin similar to SARSCoV, which also emerged in a wildlife market through the interactions of humans and other animals that acted as the intermediate hosts of the virus. With two disease outbreaks originating in China significantly linked to wildlife markets, this is an obvious target for control programs to prevent future epidemics and pandemics. Indeed, there have already been calls from Chinese conservationists, public health leaders and policy makers to reduce the wildlife consumption.

However, banning or even reducing the sale of wild game may not be straightforward and it is challenging to change behaviors that are influenced by Chinese culture and traditions. In addition to a strong belief in the purported curative power of wildlife and their by-products, the consumption of the rare and expensive wildlife has become a social statement of wealth boosted by economic growth. Changing these cultural habits will take time, however, recent behavioral questionnaire data suggests a generational transformation with reduced wildlife consumption in the younger generation. There is no doubt, however, that the wildlife trade has an inherent risk of bringing people close to pathogens that wildlife carry, that we have not yet encountered, and that have the potential of leading to the next outbreak.

There are thousands of other
CoVs in bats across Southeast
Asia, many of which will
have pandemic potential.

The wildlife trade has an inherent risk
of bringing people close to pathogens
that wildlife carry, that we have not yet
encountered, and that have the potential of
leading to the next outbreak.

Here, we propose three key steps to helping reduce the risk of a future epidemic similar to that caused by the novel coronavirus 2019-nCoV:

1- Surveillance of wildlife for high-risk pathogens

Over the past 10 years collaborating with scientists in China, we collected samples from over 10,000 bats and ~2000 other mammals across South China and discovered 52 novel SARSr-CoVs, 122 other β-CoVs, more than 350 novel α-CoVs (including the new Swine Acute Diarrheal Syndrome Coronavirus SADS-CoV). We found SARS-related CoVs that can bind to human cells, and that cause SARS-like disease in humanized mouse models that was not prevented with a vaccine candidate against SARS-CoV, and were not treatable with almost all of the monoclonal therapies being developed for SARS.

Finally, we showed serological evidence that people living at the wildlife-human interface in rural China were being exposed to SARS-related coronaviruses, perhaps even the same virus as nCoV-2019, between the emergence of SARS and the current outbreak. Together these data mark wildlife-origin coronaviruses as a ‘clear and present danger’. They also highlight exactly the issue of key concern in the current outbreak — that there is a large diversity of viral strains in wildlife in China with significant potential for emergence in people. Further, we estimate that there are thousands of other CoVs in bats across Southeast Asia, many of which will have pandemic potential. We strongly urge that scientists in these countries work to discover all of these viruses so that we can catalog them, develop a reference library for rapid pathogen identification and risk assessment, and test vaccines and therapies against them.

The finding of people in a small sample of rural communities in southern China seropositive for a bat SARSr-CoV suggests that bat-origin coronaviruses commonly spillover in the region. Single cases or small clusters of human infection may evade surveillance — particularly in regions and countries that border China with less healthcare capacity or rural areas where people don’t seek diagnosis or treatment in a timely fashion. Surveillance programs can be designed by local public health authorities to identify communities living in regions with high wildlife diversity and likely high diversity of novel viruses.

People with frequent contact with wild or domestic animals related to their livelihood and occupation, and patients presenting acute respiratory infection (ARI) or inf luenza-like illness (ILI) symptoms with unknown etiology can be included into the surveillance as a costeffective method to identify novel virus spillovers. This ‘pre-outbreak surveillance’ strategy can be coordinated with different sectors of public health, healthcare, agriculture and forestry to implement sample collection and testing of wildlife, domestic animals, and people in collaboration with research institutions. These efforts will help identify and characterize viral genetic sequence, identify highrisk human populations with antibodies and cell-mediated immunity responses to wildlifeorigin CoVs, as well as the risk factors in human behaviors and living environment through interviews. Evidence-based strategies to reduce risk can then be designed and implemented in the communities where viral spillover is identified.

3- Improve biosecurity of the wildlife trade and animal markets

The wildlife trade has clearly played a role in the emergence of 2019-nCoV, as well as previous diseases in China (SARS) and across the world (e.g. monkeypox in the USA, Ebola in Africa, salmonellosis in the USA and Europe). China’s response in the current outbreak was swift and broad: The index market was closed down immediately and once the virus spread, the wildlife trade was banned temporarily in certain provinces, then nationally. Our recent behavioral risk investigations in China identified low levels of environmental biosecurity and high levels of human-animal contact as key risk factors for zoonotic disease emergence, particularly in local wet and animal markets.

While the current wildlife trade bans may help disease control at this moment, to prevent future disease emergence, market biosecurity needs to be improved regarding the hygiene and sanitation facilities and regulations, and the source of animals traded at the market. From a viral emergence perspective, farmed animals are likely a lower risk than wild-caught animals. However, given the size of the wildlife farming industry in China, routine disease surveillance and veterinary care at farms and in transport to markets would need to be improved. The connection between this outbreak and wildlife trade have triggered a strong public opinion against wildlife consumption, and scientists have jointly called for an urgent amendment of the Wildlife Protection Law to standardize and manage wildlife trade as a public health and security issue. It requires collaboration among the State Forestry and Grassland Administration, Ministry of Agriculture and Rural Affairs, State Administration for Market Regulation and public health authorities to tackle this issue as a long-term goal.

China is located within a
major ‘emerging disease
hotspot’ in Southeast Asia,
but there is also a high risk of
future diseases originating in
sub-Saharan Africa, South
Asia and Latin America.

Dealing with the risk of future epidemics and pandemics requires a global effort. China is located within a major ‘emerging disease hotspot’ in Southeast Asia, but there is also a high risk of future diseases originating in sub-Saharan Africa, South Asia and Latin America. Furthermore, the drivers of disease emergence are human activities that are expanding on a global scale, including deforestation, agricultural intensification and the wildlife trade. This has led to an exponential increase in the frequency of animal-human contact and likelihood of novel disease emergence and spread, suggesting that pandemics will become more frequent and more devastating in the future. These threats face all countries because once diseases emerge, they travel rapidly and freely through our global networks of travel and trade. We look forward to continued collaboration among scientists from China and the rest of the world, and to helping develop these new strategies to preventing the next pandemic.