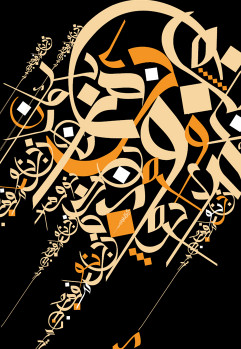 “Well, then, my lad,” said Socrates, “Speak, so that I can see you.” The Greek philosopher considered language to be the basic and distinctive sign of a person, his culture and his environment, as a passage to the public. In the UAE, government considers the Arabic language to be the heart of national identity, its shield, the spirit of the nation, the element of its authenticity and the basis of its thought and heritage.

The UAE has begun preserving the Arabic language and identity, and establishing its position in the UAE society, and g lobally, taking into account the new young generation’s preference for English as a language of instruction, communication and correspondence instead of Arabic.

Speaking to Flashes, experts offer opinions and recommendations on how the Arabic language can return to its natural place among the new generation in the country.

They suggest that a change in education should be a top priority in addition to deepening the culture of the individual through reading and cultural events, and activities that maximize this value, bearing in mind that history is a key factor in a person’s love for his Arabic language.

Globalization is the reason

“When we talk about how English is dominating the new generation in the UAE, we cannot overlook our existence in a time of globalization. What we should think about is how Arabic can assert itself as a language of communication and interaction,” said Dr. Ali Abdulkader, director of the Association for the Protection of the Arabic Language.

“We have to recognize the shortcomings, but the UAE is on the way, because talking about the dominance of another language is a defence of identity. I believe that our language is able to return through initiatives and cultural activities carried out by several quarters in the country.”

Blaming the decline on teaching methods, he commented: “The Ministry of Education is
making commendable efforts like all institutions in UAE, but it needs to make the Arabic language a means of communication among employees, to be the basis of the citizen’s thinking in the UAE.”

“Globalization has forced us to
learn foreign languages, but
when we open the window to
incoming cultures, we must
preserve our identity.”

He said: “Learning languages is required for knowledge, without bringing conflict between one language and another, but the most worthy place for our language is the first place, especially in the country, and the task of all institutions is to develop the skills of their employees, or students to master Arabic as they do with other languages.”

The director of the Association for the Protection of the Arabic Language pointed out that the family has a great role in giving a child sound language skills, and promote aspects of excellence in speaking and practicing Arabic which should be regarded as a pride and his identity such that he does not disown it or prefer other languages.

For his part, researcher and academic Mohammed Hamdan bin Jerash, Secretary General of the UAE Writers Union said, “The community needs to build systematic strategies to upgrade Arabic, and apply the methods of innovation to support them.”

He added that, “I believe we urgently need to take advantage of technology and applications to reach our goals.”

According to bin Jerash, there are several questions we can ask and explain why English language is dominant: What are the cultural programs that target the Arabic language? What makes Arabic a way of life? What are the awards supporting Arabic? What technological applications can attract the young people?

He suggested that there should be annual studies and standards on the level of development or decline of Arabic, the development of school curricula to excite the passion of students, and the use of drama and theatre in the service of language, and holding periodic meetings between institutions concerned with cultural upbringing.

Bin Jerash explained that globalization has forced us to learn foreign languages, but when we open the window to incoming cultures, we must preserve our identity.

He suggests organizing official meetings between institutions to develop scientific studies and programs to enhance the status of Arabic, and identify indicators to measure the success of strategies and evaluate them.

The Arabic language is suffering

“Despite the UAE’s keen interest in Arabic as a source of Arab-Islamic identity, the language now suffers from the neglect of young people,” said writer Saleha Ghabish. “Young people should be taught that their language is a source of pride.”

In turn, it defines a recipe for the new generation to be able to learn the language, and to get to know our great culture through reading in various fields with particular attention paid to the grammars.

She points out the importance of knowing the history, the state, the Arab world, and then the world.

The UAE writer added that we aspire to transform these programs and ideas into community action on a large scale, through government and private institutions and individuals, who are the main players in the adoption of these ideas, to grab these initiatives and develop projects and plans that ensure their implementation on the ground, which will positively impact the current situation of language.

“Despite the UAE’s keen interest
in Arabic as a source of Arab-
Islamic identity, the language
now suffers from the neglect of
young people.”

The youth and language

Young Emirati writer Hafsa Al-Zanhani, who studies French at the Sorbonne Abu Dhabi, agrees that the UAE is making great effort to preserve the status of the language, including the Charter of the Arabic Language, which was announced by His Highness Sheikh Mohammed bin Rashid Al Maktoum, Vice President, Prime Minister and Ruler of Dubai, in April 2012.

Al-Zanhani said: “This charter is a milestone and a key starting point for UAE’s efforts to protect the Arabic language. The Charter helps to organize competitions in public and private schools aimed at highlighting and sponsoring creative and distinguished Arabic language students.”

The competitions include writing, Arabic calligraphy and reading as well as Arabic poetry. These competitions are supervised by the Ministry of Education as part of a series of major annual events during the academic year.

The initiatives also included the establishment of an institute for teaching Arabic to non-native speakers through Zayed University, in cooperation with specialized universities around the world, to send students and exchange scholarships to learn Arabic in the UAE.

“I see that English has taken over most of the new generation, and from a young age they speak it without having enough knowledge of their mother tongue, so they find it difficult to speak or understand it,” Al-Zanhani said. “The reason for the decline of Arabic language for some may be the environment surrounding them, whether family or school and lack of interest in Arab culture.”

Al-Zanhani urged parents to get their children used to speaking Arabic and reading Arabic books. S he a lso s tressed the role o f a cademic institutions in paying more attention to language by motivating young people to speak it, conduct cultural activities and reading activities.

“The young people need more awareness and more attention to their mother tongue,” Al-Zanhani concludes. “There is no objection to learning foreign languages and expanding their culture, but the true culture lies in their mother tongue when they know and take pride in it.”